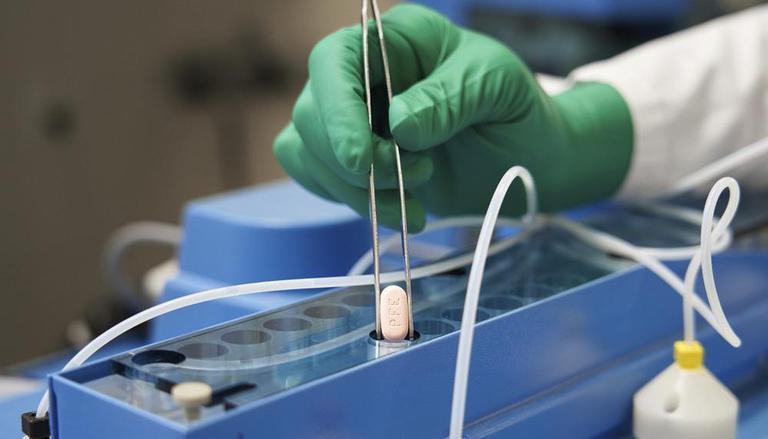 According to the media agency, the minister added, "It is an extremely promising medication, as timely taking of the medicine significantly reduces the probability of a grave course of the disease."

Paxlovid is for patients with a mild or moderate course of disease who are at high risk of hospitalisation or death. According to Pfizer, the pills reduce the incidence of COVID-related hospitalisation by at least 88 percent in high-risk groups. In Germany, almost 70% of the population has been properly vaccinated against COVID-19.

Germany announced the first death caused by the Omicron coronavirus strain on Thursday. Prior to that, Lauterbach stated that BioNTech vaccines customised to Omicron will be delivered to the country in the first quarter of 2022. COVID-19 is becoming a "less and less frightening disease" with the combination of vaccine and therapy, according to Lauterbach, who also stated that Germany collaborates with all manufacturers of these medicines, according to the media agency.

Lauterbach further added, "together with the Federal Institute for Drugs and Medical Devices, I initiated the procedure of emergency approval of the medicine in Germany, so that Paxlovid could be used right after purchase."

Paxlovid might be dangerous when taken with other medicines

According to a recent revelation, Paxlovid's antiviral medicines against COVID may not be healthy for everyone. According to NBC, when doctors and pharmacists thoroughly examined the pills, they found that they can be fatal when combined with other medications. Paxlovid's treatment consists of two pills administered daily for five days. It has been approved for the treatment of mild to moderate Covid in children as young as 12 years old who have underlying illnesses that increase the risk of hospitalisation and mortality from the coronavirus.

Two tablets of the antiviral nirmatrelvir and one tablet of ritonavir make up the Paxlovid cocktail. Paxlovid, on the other hand, is not recommended by the FDA for patients who have severe kidney and liver illnesses. This is because one of the two drugs in the antiviral cocktail could have serious side effects when used with commonly used pharmaceuticals. These drugs include statins, blood thinners, and antidepressants.