As a result of the coronavirus outbreak, more popular coastal areas in France have reinstituted the requirement to wear a mask. 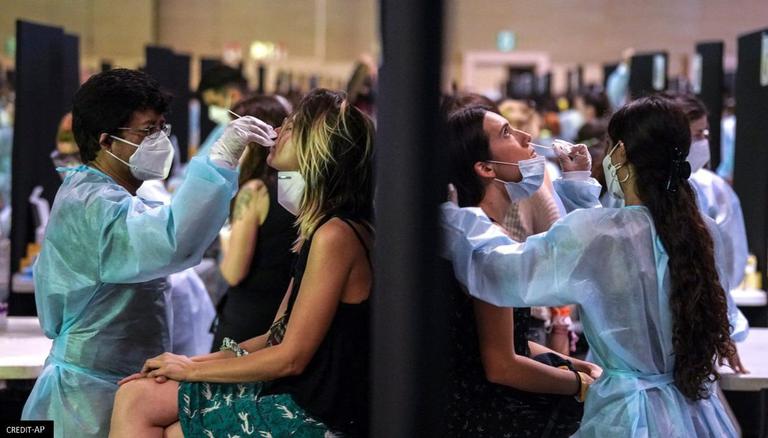 
As the fourth wave of Covid infections spread across France, health officials initiated an emergency plan on the Mediterranean island of Corsica. To help medical staff prepare for an increase in cases, the government announced it was reactivating a package of measures. As a result of the coronavirus outbreak, more popular coastal areas in France have reinstituted the requirement to wear a mask. As hospital occupancy in Bastia, one of the island's two main cities, reached 79 percent, health officials on Corsica said they were providing more intensive care beds for Covid patients and mobilizing medical staff.

French overseas territory Guadalupe was the second to announce a partial lockdown after a large-scale outbreak of the disease there occurred one day before. Wednesday, August 4, marks the start of an overnight curfew and some daytime restrictions. A second French Caribbean island, Martinique, located 190 kilometers (120 miles) to the south, was placed on lockdown on Friday, while Reunion was placed on partial lockdown over the weekend.

Prime Minister Jean Castex presided over a crisis-management team meeting on Tuesday, August 3. Ses office reported that they had agreed to use the army to provide more intensive care beds to overseas territories. To compensate hospital workers for missed paid holidays, the government announced that it would reinstate overtime bonuses on Tuesday.

After increasing Covid cases, authorities in Brittany's Finistere region in the northwest of France ordered people to cover their mouths and noses when outside. In the Morbihan region of Brittany, masks are required to be worn outside since last week. Similar measures have been implemented in the Pyrenees foothills, on the Spanish border, and at Lake Annecy, at the foot of the Alps.

Tuesday's public health figures showed that the Delta variant of the virus is driving up hospital admissions in France. The number of patients in intensive care has risen to 1,331 from 978 a week ago, and the death toll in France has now surpassed 112,000.