President Milos Zeman was taken to the Central Military Hospital in Prague on late Tuesday morning. His advisor informed it was for a routine check up. 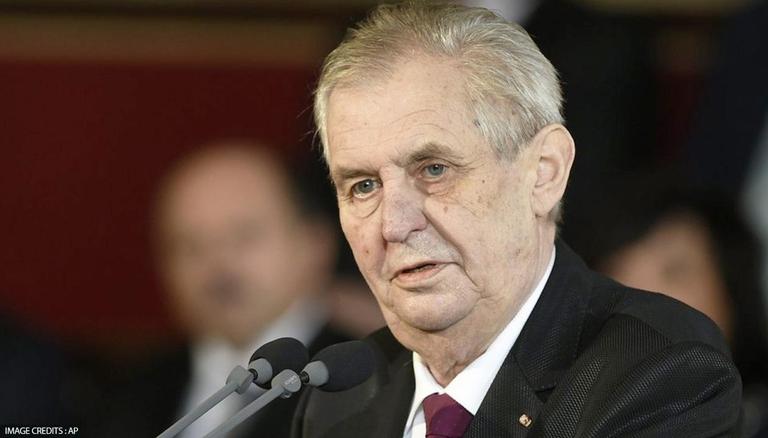 
Czech Republic President Milos Zeman was admitted to a hospital on Tuesday whilst his predecessor, Vaclav Klaus, was undergoing tests at the same facility. Although the presidential administration did not immediately respond about Zeman's hospitalisation, yet, the report of his admission to the hospital was verified by the military hospital in Prague. As per Expats.cz, Zeman was taken to the Central Military Hospital in Prague on late Tuesday morning. According to the Associated Press, the President's advisor informed Czech public radio that he was there for a routine health check up.

President  Zeman, 76, who is a heavy cigarette smoker, has been diagnosed with diabetes and neuropathy. He faces difficulty in walking and relies on a wheelchair. Klaus was also undergoing examinations at the same hospital on Tuesday, however, the exact reason for it has not been disclosed yet. Meanwhile, his spokesperson informed Czech state television that he remained  in the hospital last weekend due to excessive blood pressure. It is to mention that Klaus contracted COVID-19 in February but he was not admitted to a hospital.

Zeman's hospitalisation was originally reported by the Czech news website Novinky.cz, which released a video footage, showing the President's motorcade to the hospital and Zeman waving to a camera from his wheelchair.

These developments come ahead of the legislative elections in the Czech Republic which will be conducted on the 8th and 9th October.

COVID cases in the Czech Republic

In the last 24 hours, Czech Republic has witnessed 487 new COVID 19 cases in the nation, aaccording to the latest COVID numbers provided by the Worldometer. The average number of COVID cases recorded in the last 7 days in 387 instances. These new cases have further added to the total number of COVID cases in the country with nearly confirmed 1,684,357 COVID illnesses. The total number of fatalities that happened due to COVID-19 is 30,417. More than 1,649,734 have been recovered from the disease.

The month of March recorded the highest active cases in this year. The number of active cases has gradually decreased and on September 14, the recent active cases stand at 3666. Yet, the recovery rate is high as well as the death rate is minimum in September.