Sofia Sapega, the Russian girlfriend of Roman Protasevich, a Belarusian journalist, on May 25 made a ‘confession’ that according to the opposition is forced. 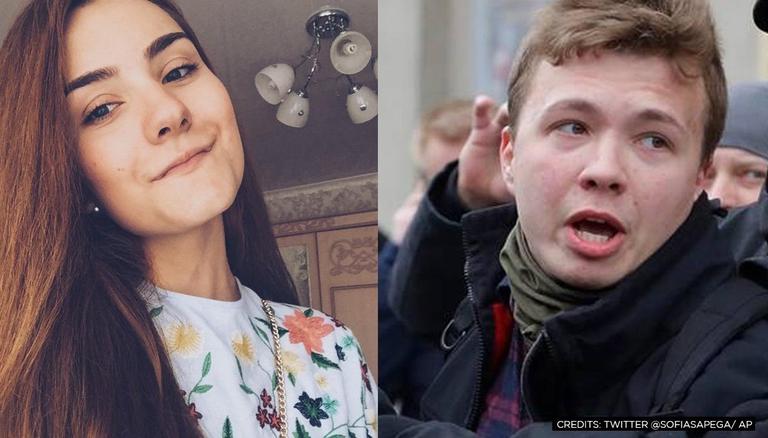 
Sofia Sapega, a Russian citizen and the girlfriend of Roman Protasevich, a Belarusian journalist who is a staunch critic of Alexander Lukashenko, on May 25 made a ‘confession’ that according to the opposition is appearing forced. Sapega and Protasevich were detained in Minsk after a bomb scare on a Ryanair flight that was originally bound from Athens in Greece to Vilnius in Lithuania. Following their controversial detention by Belarusian authorities, Sapega reportedly said in a video that she was an editor of a Telegram messaging application channel that had promoted the personal data of Belarusian law enforcement personnel, which is a crime in the country.

In a fast and uncomfortable manner, the 23-year-old Russian national made the so-called ‘confession’ in the released video. Her lawyer also told a Russian media outlet without giving further details that “Today Sofia was interrogated. She was accused of committing a criminal offence. A preventive measure was chosen – detention for a period of two months...The lawyers have signed non-disclosure agreements.” presently, she is in a Belarusian intelligence service’s pre-trial detention centre in Minsk.

Sapega’s video on reportedly pro-government Telegram channel came after a similar clip featuring her blogger boyfriend was released on May 24 after they both were detained on May 23. Even the previous video was met with speculations from the opposition and his family that included Protasevich saying to the camera, “I am in Detention Centre no 1 in Minsk. I can say that I have no health problems, including with my heart or any other organs.”

He also said, “The attitude of employees towards me is as correct as possible and according to the law. I continue cooperating with investigators and am confessing to having organised mass unrest in the city of Minsk.” Meanwhile, now, Sapega says in her video appearance, “I am Sapega Sofia Andreevna, I was born on 10 February 1998. I am a citizen of the Russian Federation, I live in Lithuania – Vilnius...On 23 May 2021, I flew on the same plane with Roman Protasevich. I am also editor of Telegram channel Chernaya Kniga which publishes private information about internal affairs officers."

READ | Germany pulls out of track cycling championships in Belarus

I am shocked. They keep Raman's girlfriend Sofia a hostage. She is held in prison, her lawyer is in touch with her. She is guilty of being a friend of Roman. And they forced her to confess to "crimes" she did not commit. Raman and Sofia must be released immediately. pic.twitter.com/5OiSBkgzEZ

"I confess and cooperate with the investigation" says Roman #Protasevich in a video released by the #Belarusian authorities. This obviously looks like a forced confession; + the marks on his forehead..

While their detention has stirred global response, Sapega’s mother cast doubt on Sapega’s freedom while the released video was recorded. In a statement to BBC, she said about her daughter, “She sways, eyes in the sky - as if afraid of forgetting something...I enlarged [the video] as much as possible - it seems that [she looks] okay. We are now packing warm clothes, we will go to Minsk. I want to try to give her a parcel - I saw she only had a thin jacket.”