Scores of endangered chameleons, destined to be smuggled to Africa were caught by the Austrian authorities at Vienna International airport. 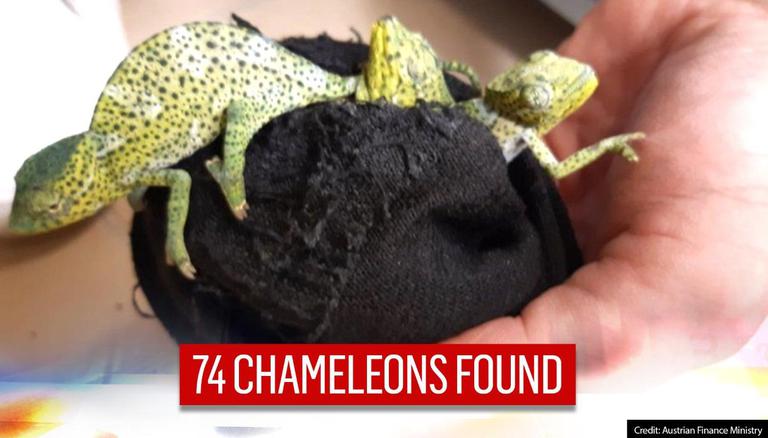 Scores of endangered chameleons, destined to be smuggled to Africa were caught by the Austrian authorities at Vienna International airport. According to BBC, the endangered reptiles were discovered hidden in a suitcase during the security checks. All the chameleons have been rescued and are being nursed backed to health at Schönbrunn Zoo.

The unnamed smuggler was caught after custom department officials found something fishy about his suitcase during the x-ray scan. Following their instinct, they then probed into the suitcase only to find 74 chameleons hidden in socks and boxes. Later, the officials speculated that the estimated price for the protected species would go as high as 37,000 euros in the black market.

"[Chameleons] can camouflage themselves well... but they ultimately did not outsmart the X-Ray machine," the ministry said in a statement. In addendum, thy also released pictures of the distraught and stunned reptiles hidden inside thick socks. Out of the total three died and those who survived are being examined by health officials. 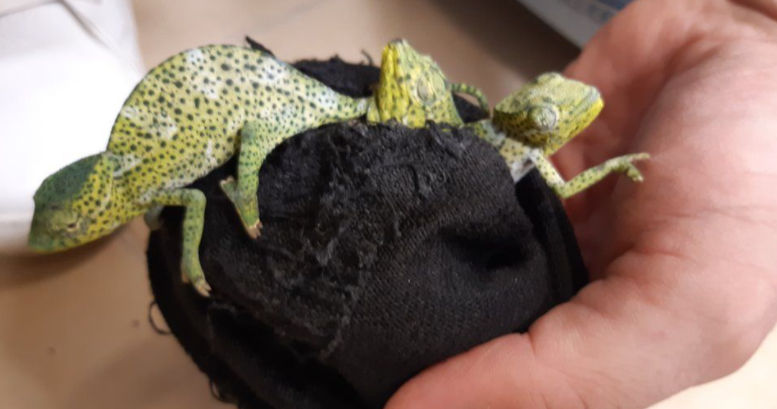 Meanwhile, the ministry has reckoned that the 56 years man could not face a fine of 6,000 euros for his crime. While not many details about the man are known but Sky News reported that he entered into Austria from Tanzania via Ethiopia.

Last month, animal teeth allegedly smuggled to Chennai from Dubai by a plane were seized by customs officials, PTI reported. Acting on specific inputs that gold, wildlife and animal parts were being smuggled from the gulf nation, customs authorities rummaged the aircraft and recovered animal teeth that were concealed in one of the passenger seats, an official release said. Totally three canine teeth were seized and a Wild Life Crime Control Bureau officer identified them as belonging to the 'Panthera' family, which includes big cats such as tigers, lions and jaguars.