EU will commit an additional €4 billion or $5billion by 2027 to support the low-income and climate-vulnerable nations, said EU Commission president on Sept 15. 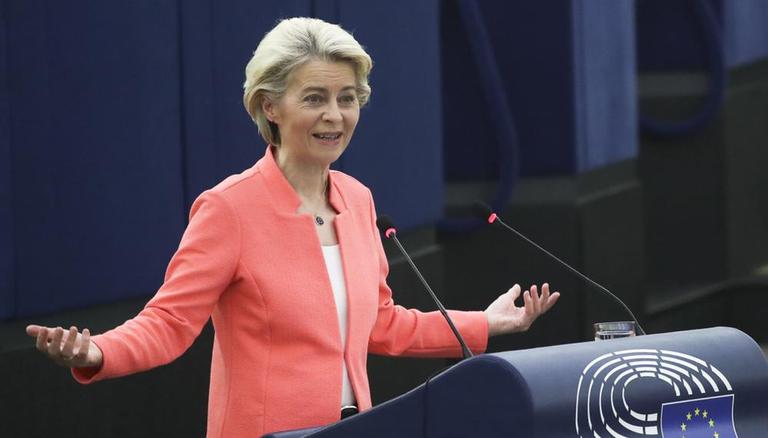 
The European Union (EU) will commit an additional €4 billion or $5billion by 2027 to support the low-income and climate-vulnerable nations, said EU Commission president Ursula von der Leyen. While addressing the EU parliament on September 15, Von der Leyen told the lawmakers that the major emitters of greenhouse gases such as the EU and the United States have a “special duty to the least developed and most vulnerable countries”. She expressed that the EU expects the United States to follow suit and ramp up its finance to deal with climate change ahead of COP 26 climate talks in November.

EU Commission president also said that it was critical to step up the finances to tackle climate change because of an estimated $20 billion shortfall to the $100 billion goal that has been promised by the rich nations to mobiles annually by 2020. Von der Leyen said, “The EU contributes $25bn a year but others still leave a gaping hole in reaching the global target...Europe is ready to do more but expects the United States and our partners to step up too.”

Meanwhile, an EU Commission spokesperson told Climate Home News that the €4 billion is the additional fund for the climate crisis that will come out of the 2021-2027 budget of the 27-nation-bloc and does not involve any new contributions from the member states. EU Commission president had also said that by closing the finance gap together, the US and EU would be sending a “strong signal for global climate leadership...It is time to deliver now.”

EU Commission president said, "But while every country has a responsibility, major economies do have a special duty to the least developed and most vulnerable countries. Climate finance is essential for them - both for mitigation and adaptation."

Meanwhile, the EU’s top official also said on Wednesday that the bloc has committed another 200 million vaccine doses to Africa and low-income nations amid the COVID-19 pandemic. The new donation that von der Leyen announced in her speech to the parliament, would be fully delivered by the middle of next year and comes in addition to the 250 million vaccine doses already pledged. “Our first and most urgent priority is to speed up global vaccination,” von der Leyen told European parliamentarians.

Looking at the state of the Union, I see a strong soul in everything we do.

In the crisis of a century, we chose to go it together. As one Europe.

Next year will be another test of character.#SOTEU