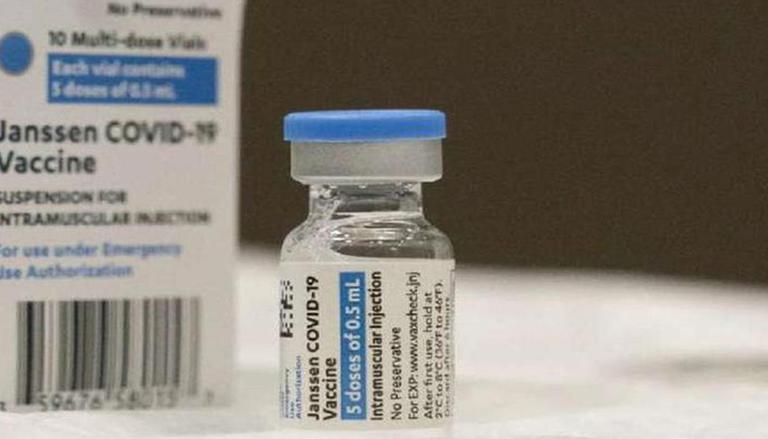 
European Union (EU) regulator on Wednesday said that Johnson & Johnson’s COVID-19 vaccine Janssen can be used as a booster shot. In an official statement, European Medicines Agency (EMA) said that its human medicines committee (CHMP) has concluded that “a booster dose of COVID-19 Vaccine Janssen may be considered at least two months after the first dose in people aged 18 years and above.”

In addition, a booster dose with this vaccine may be given after 2 doses of one of the mRNA vaccines authorised in the 🇪🇺

The latest EMA recommendation followed the data that showed that a booster shot of Johnson & Johnson’s one-shot COVID-19 vaccine given at least two months after the first dose among adults led to an increase of antibodies against Coronavirus SARS-CoV-2 that causes COVID-19. EMA added, “The risk of thrombosis in combination with thrombocytopenia (TTS) or other very rare side effects after a booster is not known and is being carefully monitored.”

EMA said that its human medicines committee “also concluded that a booster dose with COVID-19 Vaccine Janssen may be given after two doses of one of the mRNA vaccines authorised in the EU, Comirnaty (from Pfizer/BioNTech) or Spikevax (from Moderna).”

EU regulator’s nod to using J&J COVID-19 vaccine as booster shots among adults came as the world remains on alert over the drastic spread of Omicron variant. Just earlier this month, the research head of a laboratory at the Africa Health Research Institute in South Africa said that the Omicron variant, which is known to have more mutations than Delta can partially evade the protection from two doses of Pfizer-BioNTech’s COVID-19 vaccine.

The same study, led by Alex Sigal, a professor at the South African research institute revealed that the blood from samples who had received both doses of the Pfizer vaccine and also suffered a prior infection of Coronavirus infection was mostly able to neutralise the B.1.1.529 variant. This further indicates that booster doses of the same vaccine could be of help to prevent infection from the Omicron variant.

The latest variant of SARS-CoV-2, Omicron was detected first by South African scientists before they alerted the mutation to the World Health Organisation (WHO) on 24 November. On 26 November, the United Nations (UN) health agency designated Omicron as a “variant of concern” and now it has been detected in more than 40 nations. Scientists have previously revealed that Omicron has the most number of mutations than any previous strains and is also known to be spreading three times the speed of previous variants.

Sigal said on Twitter that there was “a very large drop” in the immunity against the Omicron variant relative to an earlier strain of the Novel Coronavirus. He described that two doses of Pfizer-BioNTech COVID-19 vaccine showed around the 41-fold decline in the protection against the new COVID variant. Notably, the first laboratory experiments on new variants have been welcomed as “better than expected”.