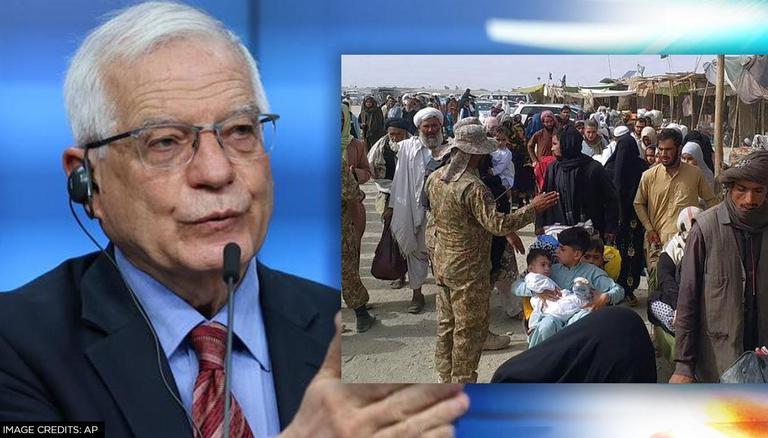 
European Union’s foreign policy chief Josep Borrell recently said that the EU should provide financial support to countries neighbouring Afghanistan in a bid to help them manage refugees fleeing the Taliban. In an interview with Italy's Corriere Della Sera newspaper, Borrell said that the EU has to increase cooperation with the neighbouring countries to resolve issues related to Afghanistan. “We must help them with the first refugee wave," the bloc’s top official said.

“Afghans fleeing the country are not going to reach Rome in the first place, but maybe Tashkent (in Uzbekistan). We need to help those countries that will be on the front line,” he added.

When asked if the countries would receive European financial assistance to host Afghan refugees, Borrell said that the absorption capacity of Europe has its limits and nothing be done without strong cooperation. He said that the neighbouring countries will be affected more and earlier than Europe. “So yes, that also means giving those countries financial support as we have done with Turkey,” Borrell added.

Meanwhile, during the same interview, Borrell even said that the crisis in Afghanistan had highlighted the need for the EU to have its own military capacity. He said that the EU governments must push ahead with a European rapid reaction force in a bid to be better prepared for future crises such as in Afghanistan. The top EU official told the media outlet that the short-notice deployment of American troops to Afghanistan as security deteriorated showed the EU needed to accelerate efforts to build a common defence policy.

READ | Poland should not remain a member of European Union at all costs: Polish minister

He said that Europe needs to draw lessons from this experience as Europeans weren’t able to send 6,000 soldiers around the Kabul airport to secure the area. He further said that the 27-member bloc should have an “initial entry force” of 5,000 soldiers. “We need to be able to act quickly,” he said. Borrell also went on to say that it was time to be flexible, citing agreements made quickly to cope with the financial crisis as an example of how the EU could overcome restrictions in the deployment of military operations laid down in its constitutional treaties. He said that the EU nations can work in many different ways.