EU leaders will unite in warning President Vladimir Putin that there will be “massive consequences and severe cost” if Russia invades Ukraine. 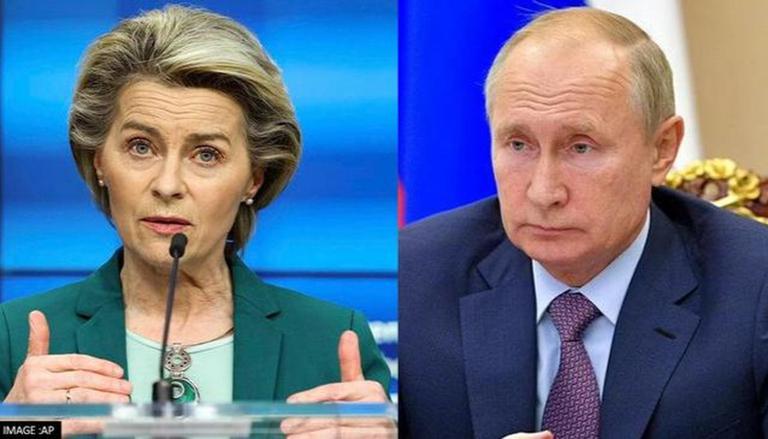 
Amid escalating tensions on the Ukrainian border, a leaked draft recently revealed that the European Union leaders will unite in warning President Vladimir Putin that there will be “massive consequences and severe cost” if Russia invades Ukraine. According to The Guardian, the message will be sent to the Kremlin via a post-summit communique on Thursday. The EU leaders will be urging the Russian President to “de-escalate” tensions caused by the military buildup along its border with Ukraine and aggressive rhetoric.

According to the leaked draft, the EU leaders will say, “The European Council reiterates its support for Ukraine’s sovereignty and territorial integrity. Any further military aggression against Ukraine will have massive consequences and severe cost in response.”

It is to mention that a US intelligence report has revealed that Russia has amassed more than 70,000 troops on its border with Ukraine. There are fears that Russia is planning to invade Ukraine by early next year. However, ​​while denying plans to attack its neighbouring nation, Kremlin spokesperson Dmitry Peskov has stated that they were moving Russian forces within their region and they can move them wherever they find any threat to their national security. Kremlin has accused Kyiv of provocation and seeking guarantees against eastward NATO expansion.

Countries including the US and the UK have warned Russia of “severe economic consequences” if it invades Ukraine. The chairman of the European Union's executive commission has also warned Russia that if it invades neighbouring Ukraine, the group will retaliate with a slew of new sanctions. European Commission President Ursula von der Leyen suggested the EU may take "unique measures with catastrophic repercussions for Russia" in addition to ratcheting up and broadening existing sanctions.

Additionally, it is significant to mention here that the diplomats of the Group of Seven (G7) have also proposed sanctioning Russia if it invades Ukraine. But a number of leading European countries such as Germany, France, Italy, and Spain are not in the opinion of putting sanctions against Russia for its "aggression against Ukraine," preferring instead to focus on diplomacy. Before throwing down tough economic measures against Moscow, Berlin, Paris, Rome, and Madrid insist that the European Union should focus on diplomatic options. Sanctions on Russia amid "invasion" fears are still being discussed, despite the Kremlin's repeated statements that no such plans exist for its neighbour.