Australia's decision to terminate a previous diesel-electric submarine purchase contract with France was 'rational,' according to EU leader Borrell 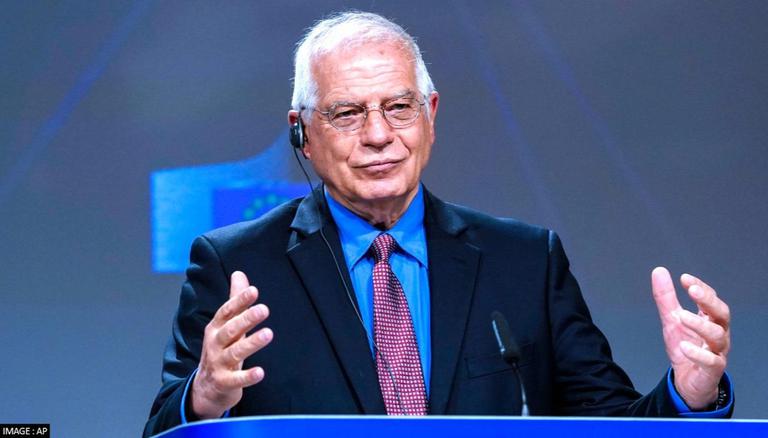 
As part of its new AUKUS security alliance with the US and UK, Australia's decision to terminate a previous diesel-electric submarine purchase contract with France was 'rational,' according to European Union foreign policy leader Josep Borrell.

The contract for their construction replaced the prior arrangement Paris inked with Canberra for 12 conventional attack submarines after the AUKUS accord offered Australia's Navy US and UK assistance with nuclear submarine technology. EU foreign ministers have expressed solidarity with an enraged France, which has called the action a 'stab in the back.'

"Australia has decided to deepen military and military-industrial connections with those who can best safeguard it," Borrell said at a Madrid event, Sputnik reported.

The EU's top diplomat previously cited Australia's security deal with the US and Britain as demonstrating that the European Union must establish its own defence and security strategy, particularly in the Indo-Pacific. Borrell, speaking on 16th September to present the EU's new Indo-Pacific strategy, bemoaned the fact that he had not been informed on the arrangement for Washington to assist Canberra in building a fleet of nuclear-powered submarines.

"We have to survive on our own, just like everyone else," Borrell said, adding that he recognised "the level to which the French government must be disappointed."

After the security treaty between Australia, the United States, and the United Kingdom – AUKUS – was unveiled on September 15, a transatlantic controversy erupted. The trilateral agreement allows for more intelligence sharing while also providing Australia with American and British technology to develop nuclear-powered submarines that aren't equipped with nuclear weapons.

AUKUS, largely perceived as a response to China's increasing assertiveness in the disputed South China Sea, enraged France, prompting Australia to cancel a multibillion-dollar deal signed in 2016 to build 12 conventional submarines for France. Paris, which learned of the new deal only hours before it was made public, felt betrayed and condemned the action as a "stab in the back."

Jean-Yves Le Drian, the French Foreign Minister, told parliamentarians that 'someone lied' about Australia's intention to terminate the subcontracting deal immediately after entering the pact, despite continuing to convince Paris that the agreement was still in place until the very last moment.

Pierre Eric Pommellet, the head of the French defence contractor Naval Group, expressed his company's 'astonishment and stupefaction' at the news that the submarine contract with Australia was being cancelled.

Following the announcement, France's diplomats in Canberra and Washington were summoned. Following Le Drian's announcement two weeks ago that the envoy to Washington would return to his post, Australia's ambassador to Canberra, Jean-Pierre Thebault, is now returning to Canberra to "help redefine the terms of our relationship with Australia," according to Le Drian in front of a parliamentary hearing on Wednesday.