French FM Drian met US Secretary Blinken, wherein the France said it would take time to end the crisis between the two countries and would require actions. 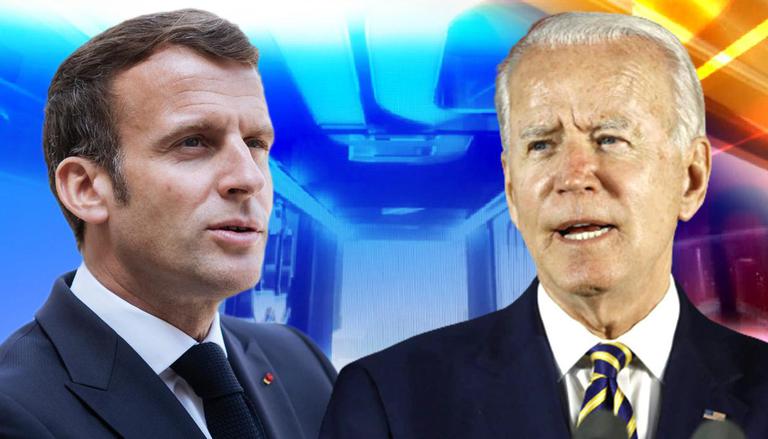 
Even after discussions between US President Joe Biden and his French counterpart Emmanuel Macron over the phone to sort out the differences, France's anger over the Indo-Pacific deal is still visible. After Thursday's meeting between Secretary of State Antony Blinken with French Foreign Minister Jean-Yves Le Drian, the latter pointedly referred to the situation as a “crisis” that will take time and US action to overcome. After the announcement of AUKUS, France had openly expressed anger and recalled its ambassadors to the US and Australia.

Australia earlier announced to cancel a multibillion-dollar contract to buy diesel-electric French submarines and acquire US nuclear-powered vessels instead which further suggested deepening of issues. French Foreign Minister Drian informed that he and Blinken discussed the “terms and topics to be dealt with in an in-depth consultation process between the two countries aimed at restoring trust.” As per the statement issued by the French Foreign Ministry, Le Drian “affirmed that a first step had been taken with the call between the two presidents but noted that it would take time to end the crisis between our two countries and would require actions".

❝This morning in New York I met @SecBlinken, my American counterpart, to engage in the process of extensive discussions between our two countries. Moving ahead from this crisis we are going through will take time and require acts.❞ #UNGA 🇺🇳 @JY_LeDrian https://t.co/XOZISglTSd pic.twitter.com/OfHxICFpsC

US to work closely with France

Meanwhile, US secretary Blinken informed reporters that he would work closely with Le Drian on “the process of in-depth consultations going forward,” avoiding the question about whether the US regards the situation as a “crisis” and whether he apologised to the minister.

“We recognise this will take time and hard work and will be demonstrated not only in words but in deeds, and I committed to working closely with Le Drian on this crucial effort,” Blinken said. “On a personal note, I would just add that he and I have been friends for a long time, he is someone I hold in great esteem.”

On 18 September, France’s Foreign Minister Jean-Yves Le Drian had accused Australia and the US of lying over their new trilateral defence pact - AUKUS - that forced Paris to recall its ambassadors and cancel the Washington gala. By openly expressing anger over the deal, France had also called their ambassadors from US and Australia. The anger also led to the end of a long-standing contract between Canberra and Paris and replaced it with a deal between the US, UK and Australia.