France has found an innovative way to reduce wastage of jeans by transforming them into thermal and acoustic insulation. 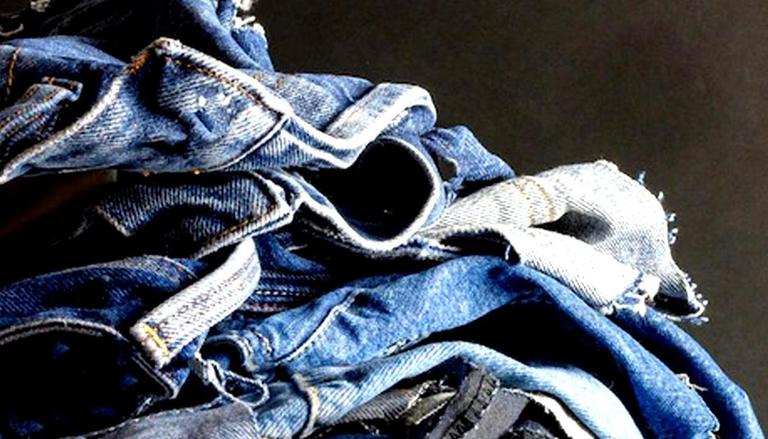 
France has found an innovative way to reduce wastage of jeans by transforming them into thermal and acoustic insulation. French Le Relais is known for collecting used clothing as donations. It collects as many as two million pairs each year. In a recent discovery, the organisation has sourced thermal insulation from cotton-based products, which reduces fabric waste and adds an advantage of reducing greenhouse gas and being more energy-efficient.

A step to reduce fabric incineration

Relaise has partnered with ETX studio to protect the planet "one step at a time." The partnership also includes Energy Observer Solutions. As per reports, the French population discards about 12 kilograms of fabric each year. The fabric is often incinerated in order to dispose of or sometimes recycle the material. However, the process more often results in added greenhouse gas production. According to Andreas Bartl, writer of Waste, 2011, incineration can only reclaim energy used to develop and process the fibre material. His study exhibits, the process is far from an economic and ecological point of view.

Alternatively, landfill poses great benefits and is a more favourable option of fibre waste treatment. Nevertheless, most fibres are non-biodegradable due to their high energy endurance during its making. Hence, Bartl suggests that landfilling of textiles and fibres should be avoided whenever a viable alternative exists.

La Métisse, an environment-friendly solution of thermal insulation for homes

La Relais is a French clothing collection organisation that collects old wearable clothing that could be reused for several purposes. Back in 2010, the organisation faced a significant problem because of the large scale of clothing collected as a result of fast fashion. They set about searching for a solution and discovered that discarded jeans could be converted into cotton-based insulation for homes. Thus, came into being "La Métisse," an environmentally friendly thermal and acoustic insulation which is more efficient than mineral wool, generally used for the purpose. Take a look at the process:

The jeans are converted into insulation products at the Bruay-la-Buissière in Northern France. Around 450 people are involved with the project of converting waste fibre into something productive. The organisation receives about 50 tons of discarded fibre through its recycling channels. Cotton garments, especially jeans, are removed from their metal rivets and then shredded and mixed with new polyester fibres and compressed a 120 degrees celsius. The result of the process is eco-friendly insulation with several ecological benefits.