French nun Sister André, the oldest known person in the world, passed away on a somber Tuesday this week at the age of 118 in the French city of Toulon. 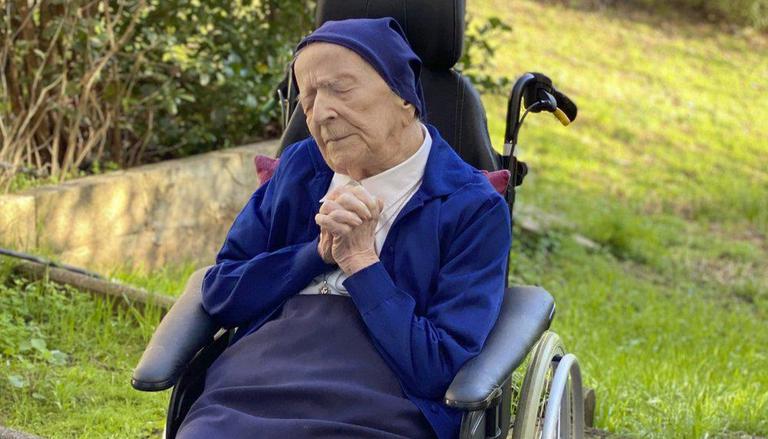 
French nun Sister André, the oldest known person in the world, passed away on a somber Tuesday this week at the age of 118 in the French city of Toulon. According to CNN, her spokesperson David Tavella confirmed the news of her demise, which he called “freedom.”

Sister André, who resided near Toulon, died in the wee hours of Tuesday at 2 am local time. The city’s mayor, Hubert Falco, shared the news of her death. “It is with immense sadness and emotion that I learnt tonight of the passing of the world’s oldest person #SisterAndré,” the mayor wrote on Twitter.

Sister André, who was born as Lucile Randon on February 11, 1904, devoted almost the entirety of her life to religious service, according to an old statement released by Guinness World Records last year which said that she was the oldest nun to have ever lived.

Prior to beginning her journey as a Catholic nun, Randon served as a caretaker for children during the Second World War and spent nearly three decades taking care of the elderly and orphans at a hospital. In 2022 she turned 118 years old, a milestone that made her receive a handwritten note from the President of France, Emmanuel Macron.

When did Sister André become the world's oldest living person?

During the course of her life, Sister André had seen 18 French Presidents, and ten popes leading the Catholic Church. The French nun became the eldest person in the world after the death of Kane Tanaka, a Japanese person who passed away at the age of 119 in April last year.

Sister André was also the world’s oldest survivor of the coronavirus after she tested positive in 2021 but was able to recuperate in about three weeks. Speaking to French news outlet RMC Story last year, the French nun said that becoming the oldest living person in the world was a “sad honor.” “I feel I would be better off in heaven, but the good Lord doesn’t want me yet,” she had said.