A French prosthetics company, Carmat, on July 19 announced that it sold its first artificial heart, which was implanted into an Italian patient. 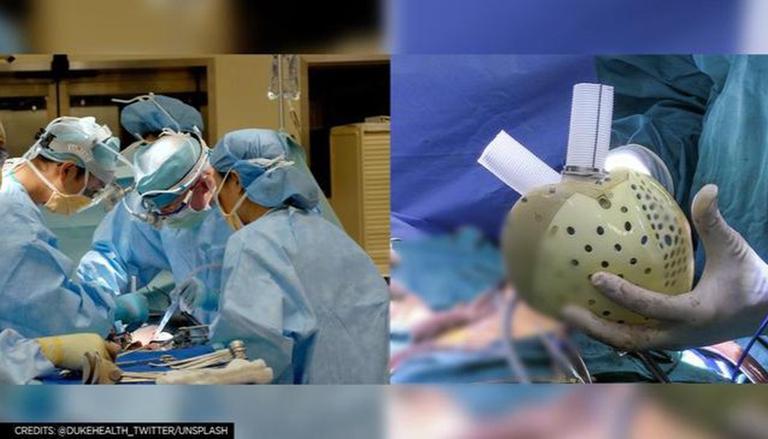 
A French prosthetics company, Carmat, on July 19 announced that it sold its first artificial heart, which was implanted into an Italian patient. According to a press release, Carmat said that the procedure was performed by the team headed by heart surgeon Dr Ciro Maiello at the Azienda Ospedaliera dei Colli hospital in Naples, which is one of the centres with the “greatest experience” in the field of artificial hearts in Italy. The company had secured a European CE marking in 2020 for the sale of the prosthetic heart, making it a bridge to transplant.

As per the press note, the certification for the French company, which was founded in 2008, came based on a study called PIVOTAL that had started in 2016. Carmat said that the sale of the artificial heart, marketed as the Aeson prosthetic heart, signified "a major milestone that opens up a new chapter in the company's development”. The firm even added that it was looking to help more customers in France and Germany by the end of the year.

The Aeson prosthetic heart helps patients who need immediate transplants but have to wait for the relevant organs. According to a study in 2019, 73 per cent of the patients survived the transplant for six months or until a successful permanent transplant within the same period. The firm said that while the treatment may prove to be lifesaving, the costs may be prohibitive because it does not cover treatment that has not been in use for a long time.

The surgical operation cost over 150,000 euros, which was paid for by the regional health system. The national system in Italy will not cover the procedure until it has been proven to be safe over several years. However, it is worth noting that the French company had received FDA approval to begin studies in the US to potentially enrol 10 patients with end-stage biventricular heart failure.

First artificial heart implantation in US

Carmat announced that the first implantation of an Aeson heart into a patient in the US took place on July 15. However, it is a part of a clinical study at the Duke University Hospital in North Carolina. The study is on the watch for them more patients who can take part. Results from this study will open up avenues for people needing a heart transplant in the US.

“We are encouraged that our patient is doing so well after the procedure Monday,” said Carmelo Milano, a transplant surgeon and the principal investigator of the device study at Duke. “As we evaluate this device, we are both excited and hopeful that patients who otherwise have few to no options could have a lifeline”.

A @DukeHospital team successfully implanted a new-generation artificial heart in a 39 year old Shalotte, North Carolina man. The patient experienced heart failure. This is the 1st procedure with the device in North America.@DukeHeart | #HeartTransplanthttps://t.co/BKIzbzH3Oo pic.twitter.com/ktDvoU8mHx