66-year-old German chancellor Merkel had earlier said that she would not run as the chancellor of the European Union’s biggest economy.

Germany's Christian Democrats (CDU) on January 15 elected the governor of Germany’s populous state North Rhine-Westphalia as Merkel’s center-right party’s leader. Armin Laschet, the new CDU chairman, was elected ahead of Germany’s general elections in September after he defeated arch-conservative Friedrich Merz in the runoff vote to secure the leadership of German Chancellor Merkel's party.  At least 1,000 delegates voted at a virtual convention ahead of the Sept. 26 parliamentary election, that initially tied the position between 65-year-old and Merkel’s one time contender Merz and Laschet.

Merz, according to the result of the party vote, cited by the Associated Press, had won the backing by 385 to 380, eliminating the third foreign policy expert Norbert Roettgen by 224. The 66-year-old Merkel had earlier said that she would not run as the chancellor of the European Union’s biggest economy. She had assumed the office in 2005 and had clarified that she won’t be seeking the fifth term as chancellor and will conclude her 16-year tenure. Furthermore, Merkel had quit the Christian Democratic Union party’s leader role in 2018, refusing to contest the upcoming Sept. 26 national elections. CDU’s leader Annegret Kramp-Karrenbauer announced her resignation in February 2020.

The 59-year-old Laschet is known as a more liberal figure, who was elected a governor in 2017 with a center-left stronghold. “What I bring is government experience, the leadership of a big state, balancing different interests and — this perhaps doesn’t hurt for a CDU leader — having won an election,” he told a candidates debate last week, eventually winning 521 votes to Merz’s 466, securing the party’s leadership. However, now, Laschet will either run for the chancellor or nominate another member on his behalf to run after Saturday’s vote. 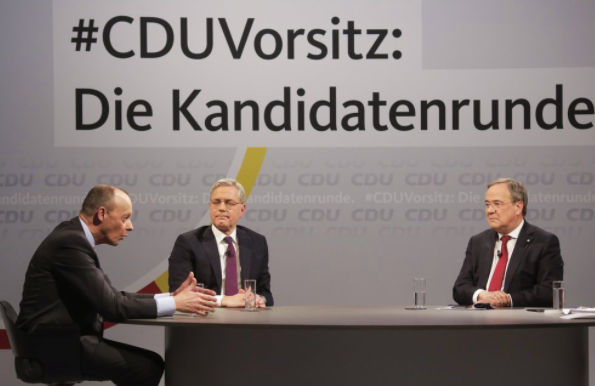 [The three candidates for the chairmanship of the Christian Democratic Union party, CDU, Friedrich Merz, left, Norbert Roettgen, center, and Armin Laschet, right, take part in a discussion at the party's headquarters in Berlin. Credit: AP] 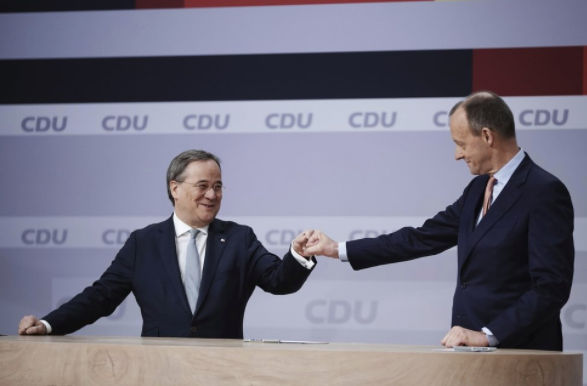