German Elections: Merkel Says Her Party Won't Get Into Chancellery Again Without Efforts

Outgoing German Chancellor Angela Merkel, on Thursday, acknowledged that her party has always known that it would take an effort to stay in power. 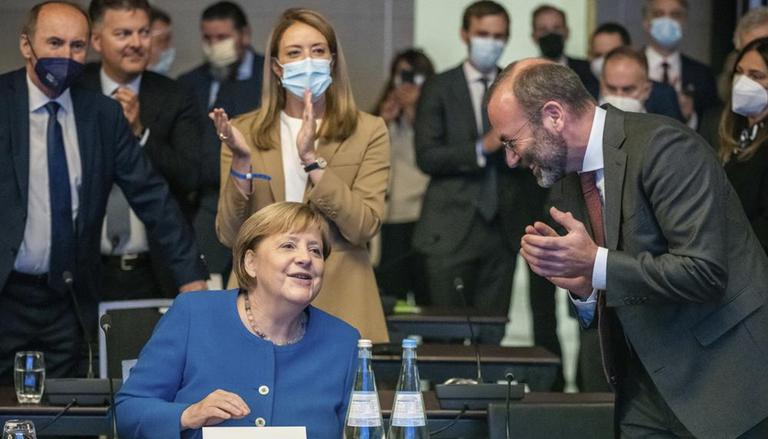 
Outgoing German Chancellor Angela Merkel, on Thursday, acknowledged that her party has always known that it would take an effort to stay in power after her 16-year long stewardship. Speaking at a press conference, Merkel admitted her party’s low approval ratings but said that they were in the “middle of an election campaign” and she could see the CDU “really fighting”. Notably, recent ratings show Social Democrats leading against Merkel led CDU (Christian Democratic Union of Germany) in the upcoming polls.

Germany is set to hold its federal elections on September 26 which would elect the 20th Bundestag. To win, a party would have to secure a minimum of 300 seats in the 598 seats strong parliament. Merkel, who has been leading Germany since 2005, previously announced that she would not stand for reelection.

“It was clear to everyone in the CDU and CSU that we wouldn't get into the chancellery again automatically and without effort after 16 years,” she said, as reported by Sputnik.

Chancellor Angela Merkel has painted an ideal picture of her government's achievements and slammed the prospect of a future left-wing rule, attempting to support her party's candidate. Merkel also clashed with her deputy, a rival party's candidate for the presidency and is now polling well.

According to the report, Merkel's unusually partisan speech to MPs appeared to reflect growing worries about her party prospects. Merkel has mainly remained out of the campaign on the grounds. The Union has slipped to second place in recent surveys, with the centre-left Social Democrats taking the lead thanks to Vice-Chancellor Olaf Scholz's relative popularity as Germany's finance minister. They ranked the environmentalist Greens, whose co-leader Annalena Baerbock is running for chancellor for the first time.

Merkel told parliamentarians that the upcoming election would be a trendsetting election for their country in these trying times. She claimed voters could choose between a government in which the Social Democrats and Greens "accept the Left Party's backing, at the very least don't rule it out or a German government headed by Armin Laschet as chancellor." She said, "Laschet's government will stand for stability, reliably and moderation, and that is exactly what Germany needs," as reported by the agency. Merkel outlined what she considers to be the highlights of her final term, including progress on climate change legislation.