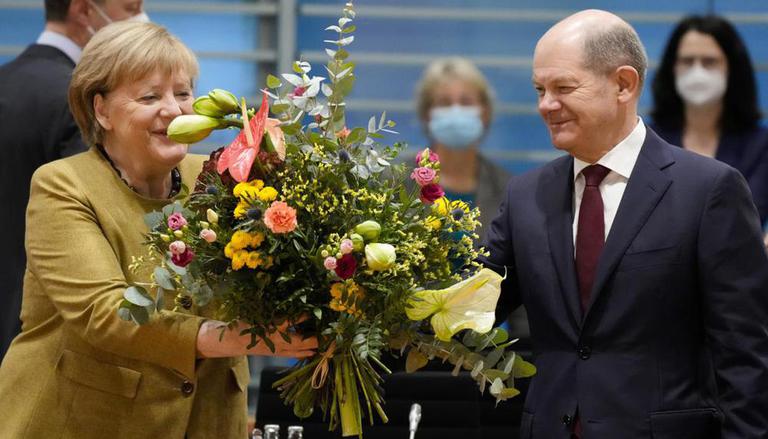 
Weeks after Germany held its federal polls, three parties have agreed to form the country's new government, Associated Press reported citing Olaf Scholz, who is poised to replace the incumbent chancellor Angela Merkel. The social democrat, who emerged victorious by securing 25.7% of total votes said that he hopes that members of his parties will give a go-ahead to the deal in the coming 10 days. Talking about the coalition further, he said the new government will not seek "the lowest common denominator, but the politics of big impacts.”

On September 26, the German Electoral Commission has declared the Social Democrat Party (SDP) as the winner of the recently held federal polls, concluding a nail-biting battle to appoint the next leader of Europe’s largest economy. Late on Sunday (local time), the electoral body announced that the socialist democrats had secured 25.7 per cent of the total votes, positioning leader Olaf Scholz to succeed incumbent Chancellor Angela Merkel. Notably, Merkel’s Christian Democratic Union of Germany (CDU) came out second with 18.9 per cent votes.

The Greens, whose campaign revolved around environmental conservation, was voted as the third most popular party with 14.8 per cent votes. It was followed by Free Democratic Party (FDP) in fourth place (11.5 per cent votes) and Alternative for Germany (10.3 per cent).

How does German Electoral System function?

Germany’s electoral system resembles the ‘First Past The Post System’, where the person with the most votes wins outright. After the first vote, each of the 299 constituencies sent one winner to the 598 member Bundestag. The rest of the parliamentarians come for a second vote conducted in 16 states, where political parties present their respective candidate. Additionally, to enter the parliament, any political party needs at least 5 per cent of the second vote or at least three constituency seats.