Germany: One Dead & Several Injured After Car Rams Into Pedestrians In Berlin

At least one person was killed and nine others were injured when a car rammed into pedestrians in a popular Berlin shopping district on Wednesday. 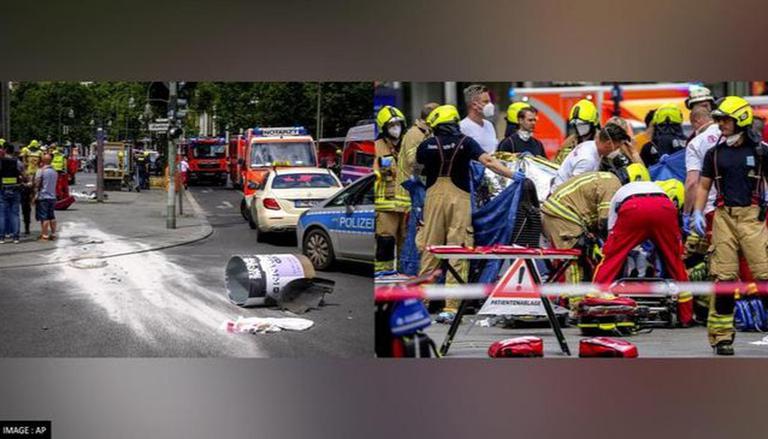 
In a tragic incident, at least one person was killed and nine others were injured when a car rammed into pedestrians in a popular Berlin shopping district on Wednesday. According to Berlin police spokesperson Martin Dams, the incident occurred near the Kurfuerstendamm shopping avenue in the western region of the German capital, Berlin. He further stated that the car's suspected driver was apprehended later. It was unclear whether the crash was the result of an accident or if the driver rammed the car into the crowd intentionally, Dams stated.

According to reports, a number of rescue vehicles and first responders rushed to the spot as soon as the incident happened. Notably, it occurred near the Breitscheidplatz plaza, where an extremist killed as many as 13 people in a vehicle attack on a Christmas market in 2016.

Meanwhile, another police spokesperson, Thilo Cablitz, said that the driver rammed the car into pedestrians around 10:30 am (local time) before getting back on the road and crashing into a shop window. The drive has been identified as a 29-year-old German-Armenian who has been residing in Berlin. According to a fire department official, out of nine, at least five people have suffered life-threatening injuries

READ | What happened to Blanco Brown? Know about 'The Git Up' artist's car accident

Berlin Mayor Franziska Giffey also expressed her shock over the incdent. "I am deeply affected by this incident. We know that there is one dead and several seriously injured. The police are looking into the matter," she wrote in a tweet. She also thanked more than 130 emergency services for their quick response and care for those affected. 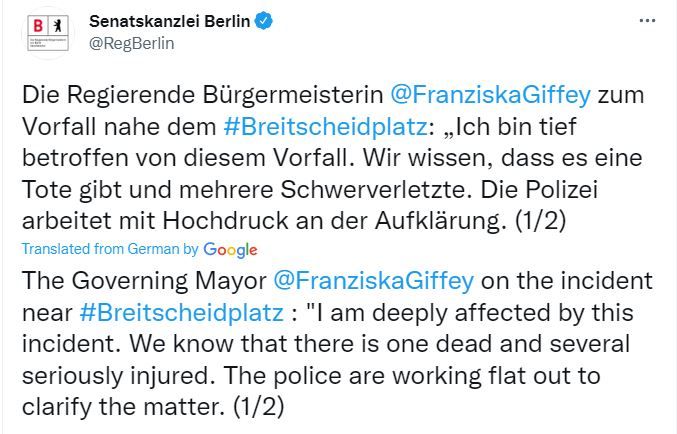 According to a report published by the Federal Statistical Office of Germany in February this year, the number of people killed in traffic accidents in the country reached its lowest ever recorded level in 2021. The report claimed that the death toll from road accidents reached 2,569 in 2021. It further stated that there were fewer vehicles on German roads as most of the people were confined to their homes owing to the COVID-19 pandemic. The official figures showed a 6% drop in death from 2020 and a 16% drop since the pandemic began in 2019.