Germany's Chancellor Olaf Scholz has urged Turkey to display patience in its relations with Greece, as tensions between the two nations have risen. 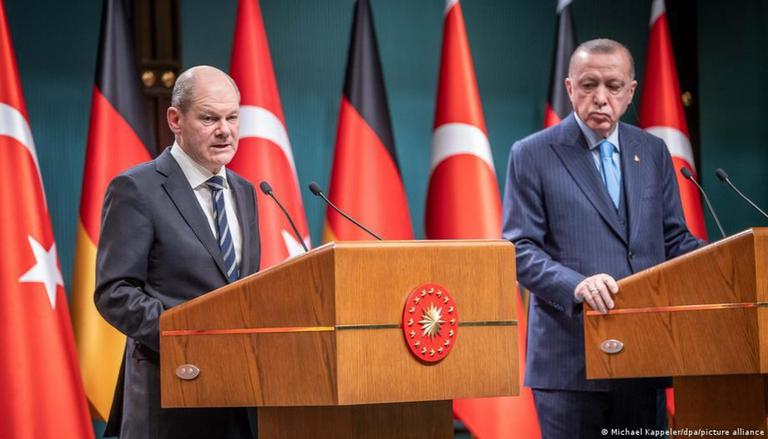 
Germany has urged Turkey to exercise restraint towards Greece as tensions between the two nations are on rise, according to a German government official. It is to note that in recent weeks, Greece and Turkey have traded charges of violating airspace. German Chancellor Olaf Scholz has stressed that it is essential for NATO members to stand united and refrain from provocations among themselves.

"The chancellor is of the opinion that, given the current situation, it is necessary for all NATO allies to stand together and refrain from provocations among themselves," a German government spokesman said on June 1.

Tensions between Greece and Turkey, both neighbours and NATO members, are on rise since 2020, pushing Ankara to explore for oil and gas in the eastern Mediterranean. Notably, in May 2022, Athens and Ankara accused each other of airspace violations.

The official stated that Germany is committed to resolving the remaining problems between Greece and Turkey through private conversation and on the basis of international law. At the same time, the spokesperson added that Germany cannot accept the questioning of the sovereignty of European Union member states.

Further, Turkey's foreign ministry slammed Scholz's remarks, saying Ankara will continue to defend its sovereignty against Greek violations of its airspace. The foreign ministry, in an official statement, said, "We strongly condemn and reject baseless statements against our country by Germany's chancellor’s office. We expect Germany to invite Greece to act in accordance with international agreements, rather than making biased statements not in line with the spirit of alliance."

Meanwhile, President Recep Tayyip Erdogan announced that Turkey is suspending discussions with Greece, citing a disagreement with the Greek prime minister as well as what Ankara claims are airspace violations, marking the latest reversal in the neighbours' long-testy relationship. Following a five-year hiatus, the two NATO allies started discussions last year to resolve their disputes in the Mediterranean Sea as well as other bilateral matters. The discussions have stalled, and the two countries have hurled barbs repeatedly.

Erdogan stated in a speech to legislators from his ruling party on June 1 that Turkey had cancelled a bilateral cooperation platform with Greece known as the High-Level Strategic Council, and that Ankara sought a foreign policy with "strong character." Last week, Erdogan said that Greek Prime Minister Kyriakos Mitsotakis "no longer existed" for him, accusing him of attempting to obstruct sales of F-16 fighter fighters to Turkey during a visit to the United States.