Germany: In view of the atrocities committed by the Pak army against the Baloch people, a protest was staged in Dortmund, Germany by the Baloch Republic Party. 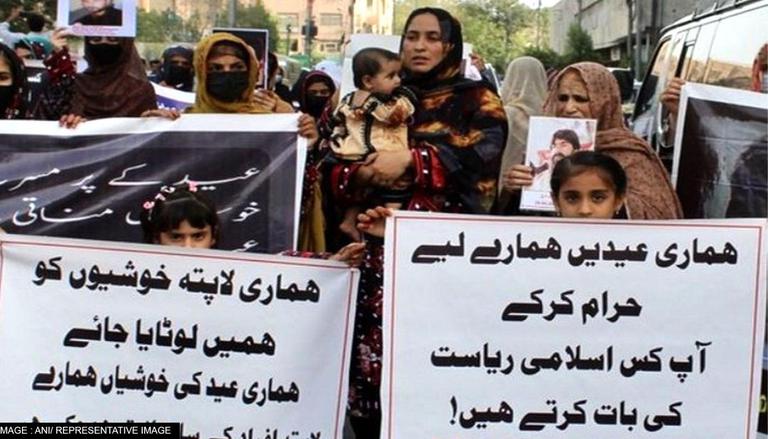 Taking to Twitter, Voice for Peace and Justice wrote that the Pakistani Army is crossing every limit of atrocities and that the people of Balochistan are being deprived of every basic right and are being tortured by the security agencies.

"Baloch Republican Party Germany protested in Dortmund against human rights violations in # Balochistan, where the Pakistan Army is exceeding all limits of atrocity," said Voice for Peace and Justice. due to the army's control of the area and people. The situation is similar in almost all the districts in Balochistan province, it said.

In Germany, protests erupt over Pakistan Army's atrocities in Balochistan

Baloch Republican Party Germany protested in Dortmund against the human rights violations in #Balochistan where Pak Army is crossing every limit of atrocities.
People of balochistan are being deprived of every basic right & are being tortured by the security agencies#FreeBaloch pic.twitter.com/BiTy6oN4kH

According to the rules formulated by the Pakistani army, it is mandatory for all the male members of the districts from the age of 12 to appear once or twice a week in the local military camp for questioning. Moreover, the locals in many districts of Balochistan are not even allowed to organise funerals without the approval of the military, the people are required to take the army's permission to visit a nearby town to buy household items.

Furthermore, reports have emerged that the number of people missing from Balochistan has also increased, and the Pakistani Army is mainly targeting activists from Balochistan province. On the other hand, Baloch nationalists, forming many groups, have been fighting against the strict curbs imposed on the citizens and the China-Pakistan Economic Corridor (CPEC) projects that they say deprive Balochs of natural resources while giving few jobs.

It is pertinent to highlight that the Baloch students living in different parts of the nation are living in the fear of being murdered, tortured, or abducted.