Italian rescuers located the bodies of seven people, including 4 Turkish and two Lebanese businessmen, who died when their helicopter crashed in Emilia Romagna. 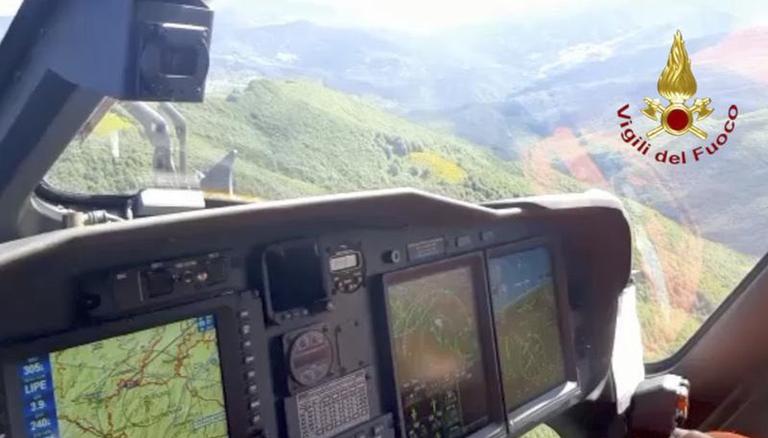 
A helicopter that had been missing in northern Italy since Thursday morning was found in crashed condition in a heavily forested, mountainous area in north-central Italy on Saturday. All seven people including four Turkish and two Lebanese businessmen were found dead near Emilia Romagna, authorities said. While briefing about the incident, Colonel Alfonso Cipriano, who heads an air force rescue coordination unit said that a hiker passing through the area informed the rescue team about the rubbles of the helicopter at Mount Cusna on Saturday morning.

Later, the rescuers visited the site and found the bodies of all seven killed in the fatal accident. As per the Colonel, the rescuers could not find the crash site as the area was heavily covered with trees. "The location was in a hard-to-reach valley and the chopper remains were hidden from air rescuers from the lush tree cover, but some branches were broken and burned," he said. According to a report by Italy News, the helicopter disappeared from the radar after taking off from Capannori Lucca Tassignano airport in Lucca. The chopper that took off at around 9.30 a.m. on Thursday was due to make an hour-long journey and was supposed to land at 10.30 a.m. in Treviso. However, it disappeared from the radar soon after starting its journey.

Bad weather could be the reason for the helicopter crash: Authorities

The chopper was carrying seven people, including four Turkish citizens, two Lebanese and the Italian pilot, from Lucca to Treviso to visit a tissue paper production facility. As per the initial reports, authorities claimed bad weather could be the reason for the crash. Also, the authorities said electric storms had been reported in the area at the time of the crash. Earlier, it was speculated that the chopper might not be crash and possibly landed in a remote location as the pilot did not send any panic or emergency signal.