Before throwing down tough economic measures against Moscow, Berlin, Paris, Rome, and Madrid insist that the EU should focus on diplomatic options. 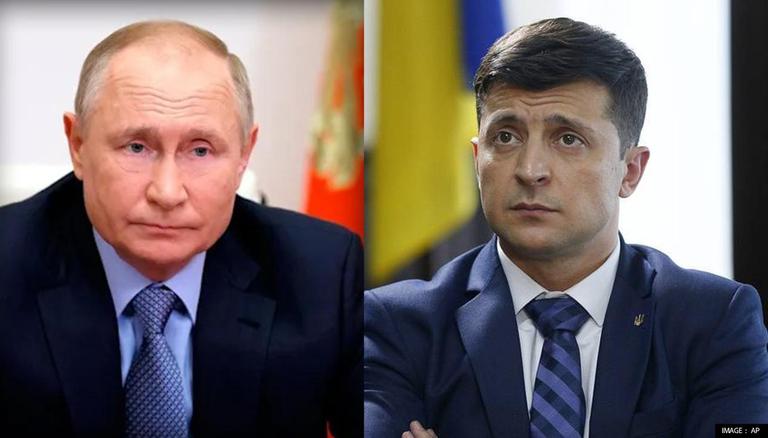 
A number of leading European countries such as Germany, France, Italy, and Spain are not in the opinion of putting sanctions against Russia for its "aggression against Ukraine," preferring instead to focus on diplomacy. Before throwing down tough economic measures against Moscow, Berlin, Paris, Rome, and Madrid insist that the European Union should focus on diplomatic options, according to a report by Bloomberg. However, other EU countries disagree with the major EU states, arguing that threats of sanctions "would deter" Russian President Vladimir Putin.

Sanctions on Russia amid "invasion" fears are still being discussed, despite the Kremlin's repeated statements that no such plans exist for its neighbour. However, Moscow is concerned about its "red lines," which include NATO's eastward expansion and the deployment of offensive weapons in Russia's neighbouring countries. Ukraine has recently expressed dissatisfaction with Germany's refusal to deliver lethal weapons to Kyiv, claiming that the West's approach of "not provoking Russia" is ineffective. The concerns came after CNN reported that the Biden administration had scrapped plans to provide anti-tank weapons and surface-to-air missiles to Ukraine in order to avoid stirring up relations with Russia.

Meanwhile, the chairman of the European Union's executive commission warned Russia that if it invades neighbouring Ukraine, the group will retaliate with a slew of new sanctions. On the eve of an EU summit on the matter, European Commission President Ursula von der Leyen suggested the EU may take "unique measures with catastrophic repercussions for Russia" in addition to ratcheting up and broadening existing sanctions, reported Associated Press (AP). It stated that any sanctions package would be coordinated by the EU, the United States, and the United Kingdom.

G7 warns Russia of sanctions if it invades Ukraine

It is significant to mention here that the diplomats of the Group of Seven (G7) have also proposed sanctioning Russia if it invades Ukraine, The Guardian reported on Sunday, December 11. United Kingdom's Foreign Secretary Liz Truss of the United Kingdom stated that the intergovernmental political forum had prepared all substantial documentation required to trigger anti-money laundering legislation. While speaking at the gathering, she warned Moscow that if it attempted to invade Ukraine or destabilise the current administration, it would face severe repercussions from the G7 nations, the British daily reported.