The summit in Vienna is being coordinated by the Inter-Parliamentary Union (IPU) in Geneva and the Austrian Parliament, with UN assistance 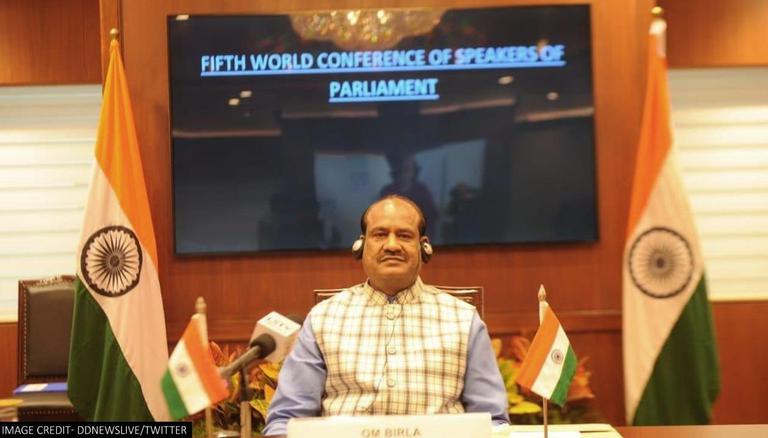 
On September 7-8, an Indian Parliamentary delegation chaired by the Lok Sabha Speaker Om Birla will travel to Vienna to take part in the Fifth World Conference of Speakers of Parliament (5WCSP). The team will also attend the first worldwide Parliamentary conference on September 9, in the same place on counter-terrorism.

More about the Fifth World Conference of Speakers of Parliament

According to a news statement issued by the Lok Sabha secretariat on Saturday, the official visit to Vienna will also include the deputy chairman Harivansh Narayan Singh from Rajya Sabha and Secretary-General Utpal Kumar Singh from Lok Sabha. The meeting is being coordinated by the Inter-Parliamentary Union (IPU) in Geneva and the Austrian Parliament, with UN assistance, as per the statement. The Joint Secretary of the Lok Sabha Secretariat, Dr Ajay Kumar is Secretary to the Parliamentary delegation.

After the COVID-19 outbreak, this summit will be the first physically attended worldwide legislative gathering. Om Birla will be taking part in the 5WCSP's Interactive General Debate after the other formal proceedings. As per the statement, Harivansh Narayan Singh along with Om Birla will participate in the Panel Discussion on the topic, “Parliaments and Global Governance: The Unfinished Agenda."

At the concluding part of the summit, a high-level proclamation on the overarching concept of the 5WCSP, "parliamentary leadership for more effective multilateralism that delivers peace and sustainable development for people and the planet," will be accepted. The summit will also highlight the togetherness of all world parliaments during the time of the COVID-19 pandemic emergency.

This year, the background for the Fifth World Conference of Speakers of Parliament (5WCSP) will emphasise the disastrous impact on the world's population and economy due to the ongoing COVID-19 outbreak. The goal of the summit is to enhance the alliance of multiple countries and international collaboration in order to achieve a better future. Further, the Speaker of the Lok Sabha, Om Birla will have bilateral talks with his counterparts from Member Parliaments of the Inter-Parliamentary Union (IPU).

On Thursday, August 26, Lok Sabha Speaker Om Birla stated that India has always been against terrorism and territorial expansion and that it is strong enough to protect its boundaries. Om Birla, who was in Ladakh at that time, claimed that expansionist policies led to border conflicts and that India has always opposed territorial expansion. Birla went to Ladakh as part of the Parliamentary Outreach Program for Panchayati Raj Institutions Empowerment in the Union Territory.

In addition, Birla also added that India has long advocated for an end to terrorism in the globe, citing Pakistan's backing for the Taliban terror organisations and the problems created by the current Afghanistan crisis.