Monkeypox: EU Signs Agreement To Buy Around 110,000 Vaccine Doses For Use Against Virus

Stella Kyriakides stated on June 14 that she had signed an agreement on behalf of member states to purchase around 110,000 doses of a monkeypox vaccine. 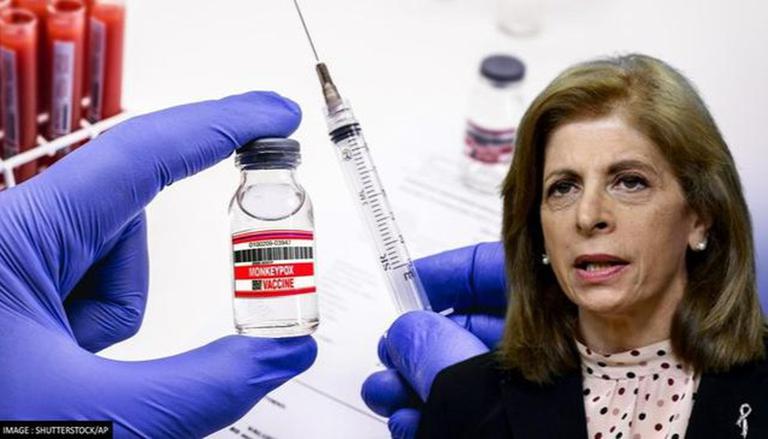 
Stella Kyriakides, the European Commissioner for Health, stated on June 14 that she had signed an agreement on behalf of member states to purchase around 110,000 doses of a monkeypox vaccine. The European Commission has purchased third-generation smallpox vaccines that are effective against the monkeypox virus through the Health Emergency Preparedness and Response Authority (HERA) and the EU4Health mechanism. The first vaccine deliveries are scheduled for the end of June.

"This is the first time that we are using EU funds in order to purchase vaccines that we can then distribute to member states," Kyriakides remarked at the EPSCO health council's doorway.

During a news conference on June 8, Sylvie Briand, the director of the World Health Organization's (WHO) global infectious hazard preparedness section, verified that the smallpox vaccine may be used for monkeypox with a high level of efficacy. Vaccines will not be utilised for mass immunisation, but rather for specific groups, according to Kyriakides, because the virus spreads through close skin-to-skin contact.

"Vaccination will be limited to very specific cases as the transmissibility of the risk from the virus is not comparable, for instance, to the risks that we know in the context of COVID," she added.

Andrea Ammon, Director of the European Centre for Disease Prevention and Control (ECDC), stated that monkeypox is not easily transferred among people during an interaction with Parliament's health committee (ENVI) on June 14. "In the ongoing outbreak, the location of the lesion suggests that transmission occurs during sexual contact," Ammon noted. The majority of cases have been observed among guys who have intercourse with other men, however, it is crucial to note that it can affect any population.

Monkeypox is a contagious virus disseminated by direct contact with an infected person, animal, or contaminated object. Fever, muscle aches, swollen lymph nodes, and a rash that resembles chickenpox or syphilis are all possible symptoms. Though the disease can be fatal and is especially risky to pregnant women and children, most people recover on their own within a few weeks.

Although the disease is well-known, scientists and public health officials were startled when it was discovered in Europe and North America in May. Monkeypox is most commonly found in parts of Africa, where it is thought to be spread by rats, and instances outside of these regions are frequently associated with travel. The number and distribution of monkeypox cases outside of Africa, as well as genetic data, show that the virus has been spreading for longer and on a bigger scale than experts realised.