Over 130 people were rescued after their improvised vessels came aground in the Channel while attempting to reach Britain from France. 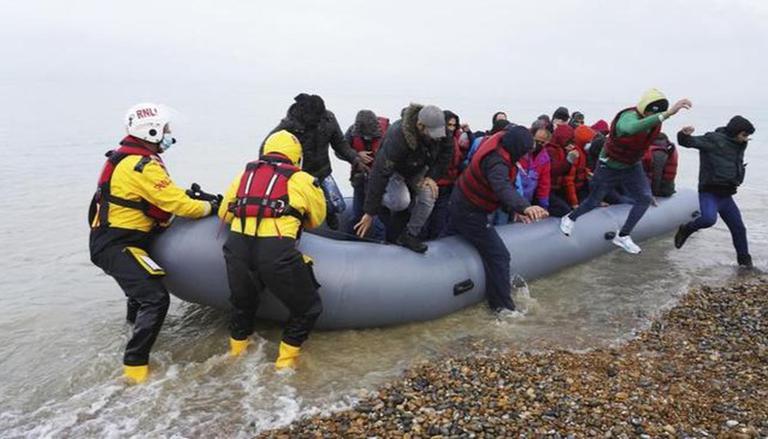 
Over 130 people were rescued after their improvised vessels came aground in the English Channel while attempting to reach Britain from France, according to French authorities, The Guardian reported on December 17. Between January and November of this year, 31,500 migrants fled the French coast for Britain, with a high of 1,185 arrivals on the English shore on November 11.

Johnson has proposed that police and border officers patrol alongside their French counterparts on the beaches of northern France, something that Paris has previously opposed as an intrusion on sovereignty. This year, Britain has seen an unprecedented influx of migrants crossing the Channel in small boats.

After officials were warned on Thursday that several boats attempting to cross the Channel were in difficulties, two naval vessels and two lifeboats pulled the 138 refugees back ashore. Following the rescue effort, police and municipal officials in northern France greeted the passengers.

The issue of canal crossings has heightened relations between the governments of the United Kingdom and France. The Migration has put pressure on the UK government, which had promised to decrease migration after securing Britain's exit from the European Union. The United Kingdom recently gave France £ 54 million in cash to help prevent attempted cross-Channel crossings by providing more police patrols off French beaches and across a greater area.

The British government has accused Emmanuel Macron's administration of failing to satisfy its duties, a charge disputed by the French. They have claimed that the police beaches are insufficient. Relatives and survivors of the canal catastrophe in the Channel in November, in which at least 27 people died, said both nations' coastguards were repeatedly contacted and that Britain had instructed them to contact the French rescue services.

The government's secret channel threat commander, Dan O'Mahoney, told parliament's human rights committee last month that he couldn't say for sure if people on board had requested assistance or not. Last month, French Interior Minister Gerald Darmanin urged Britain to create a legitimate route for asylum seekers to avoid individuals risking their lives crossing the Channel in small boats.

Many migrants in the Calais area say they want to visit the UK because they already speak English or have family and friends there. The scenario has become a political nightmare for the United Kingdom, which has pledged to "regain control" of its borders after leaving the European Union and has strained relations with France. Boris Johnson, the Prime Minister of the United Kingdom, infuriated France by urging them to return migrants who had crossed the busy shipping lane, and he is now seeking to tighten immigration regulations.