The Netherlands has accepted the suggestion of the Health Council to inoculate children who are aged between 5 to 11 against COVID-19. 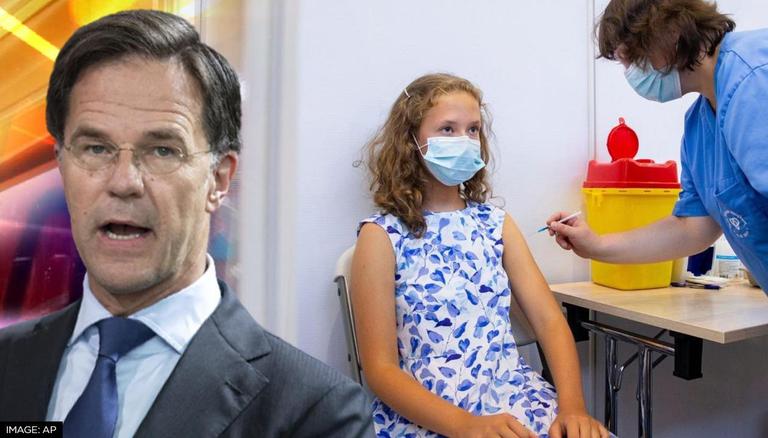 
Amid the surge in cases of new COVID-19 variant Omicron across the world, the Netherlands has accepted the suggestion of the Health Council to inoculate children who are aged between 5 to 11 against COVID-19, as per a statement from the cabinet. According to the RIVM public health agency, till now, 80 cases of the Omicron have been found in the Netherlands, including 18 patients who arrived in the country on two planes from South Africa in November end, Dutch News reported.

Further amid the Omicron scare, the cabinet of the Netherlands has decided to vaccinate healthy youngsters aged 5-11 during the second part of January 2022. While children suffering from chronic conditions in this age range will be administered the vaccine beginning December 20 of this year. As per the statement, the Pfizer BioNTech vaccine will be used for the COVID vaccination of children.

Omicron cases in the Netherlands

Apart from the above mentioned 18 cases, 53 of the 62 remaining new instances included persons who had travelled from the southern part of Africa, while three people who have contracted new strain came in contact with other Omicron patients and six people had no clear ties to southern Africa, according to the RIVM. The Omicron strain was discovered in a sample taken on November 9th. On November 24, South Africa notified the WHO about the novel B.1.1.529 variation, and on November 26, the UN health agency called it 'Omicron.' The World Health Organisation has classified the 'Highly Mutated' strain as a Variant of Concern (VoC).

In the 24 hours leading up to Friday morning, the RIVM received 17,562 new positive coronavirus reports, which is the lowest amount since November 14. Meanwhile, as per Worldometers, over 2,846,126 individuals have been affected by the disease in the nation since the outbreak, and more than 20,004 people have lost their lives due to coronavirus, while, 1,993,056 individuals have recovered from the disease.

In addition to this, people of the Netherlands with minor symptoms of COVID-19 disease are now advised to undertake a self-test initially and then notify local health board testing centres if the test result is positive. It is unclear if everybody with a positive self-test is implementing the new rules and demanding a verification check, Dutch News reported.