Police in Germany and the Netherlands detained nine suspects as a part of their 18-month investigation into a gang, which has been linked to at least attacks. 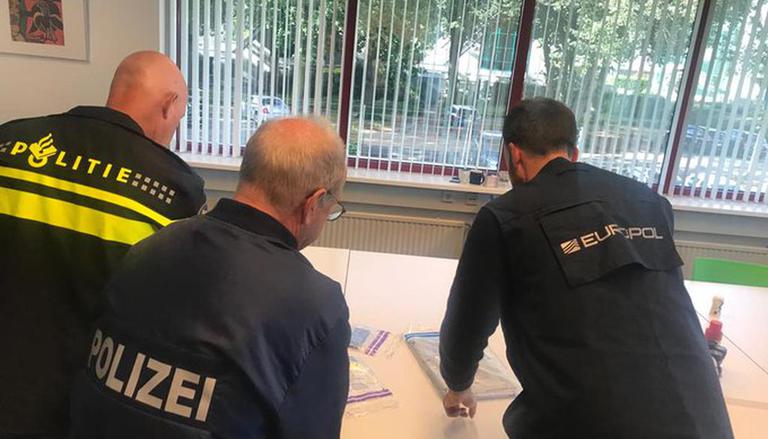 
Police in Germany and the Netherlands have detained nine suspects as a part of their 18-month investigation into a gang, which has been linked to at least 15 ATM attacks on German territory, causing a total loss of over 2.15 million euros. As per Interpol, the gang created and circulated videos on how to blow ATM machines and had even injured a few of their members in the process once. The accident that took place during a ‘trial run’ in September last year, left one of the gang members fatally injured while killed another.

According to Sky News, Police in Osnabruck, Germany first became sceptical after they found that a 29-year-old man had ordered several ATMs, claiming that they were for an art project in the Netherlands. However, after further investigation, they found that the machines were delivered to a warehouse in the Dutch town of Utrecht, which was serving as a makeshift training centre.

"The criminals were producing step-by-step tutorials on how to blow up cash machines, and have been linked to at least 15 ATM attacks in Germany. The cash machines were blown open using homemade explosive devices, posing a serious risk for residents and bystanders. During one of the test runs of an explosion, one of the suspects died, with the other suspect getting seriously injured," Europol said.

On Tuesday, September 28, the Dutch police raided seven properties across Utrecht, The Hague and Amsterdam, where they unearthed equipment that was used to blast cash machines. A total of three suspects were arrested in the operation, all of whom would be extradited to Germany for trials. It is pertinent to note that the police had already arrested six other suspects over the course of last year.

💥 9 taken into custody for string of ATM attacks #Europol & @Eurojust have supported 🇳🇱 @Politie & 🇩🇪 @Polizei_OS in taking down a gang who blew up cash machines in Germany.

"Explosive attacks against ATMs are a growing concern, as they often put local residents’ and bystanders’ lives in danger. In order to prevent and tackle this type of crime, a close cooperation between law enforcement and the ATM industry is paramount. In this regard, Europol and the European Crime Prevention Network (EUCPN) have worked on a number of recommendations to prevent physical attacks against ATMs," Europol said in a statement.

READ | UP's wanted criminal held near Mumbai by Ahmedabad crime branch; cops worked as watchmen for days to nab him