The oldest polar bear in Europe, Katjuscha was found dead in her outdoor habitat on Christmas eve, as the Berlin Zoo announced on Twitter. 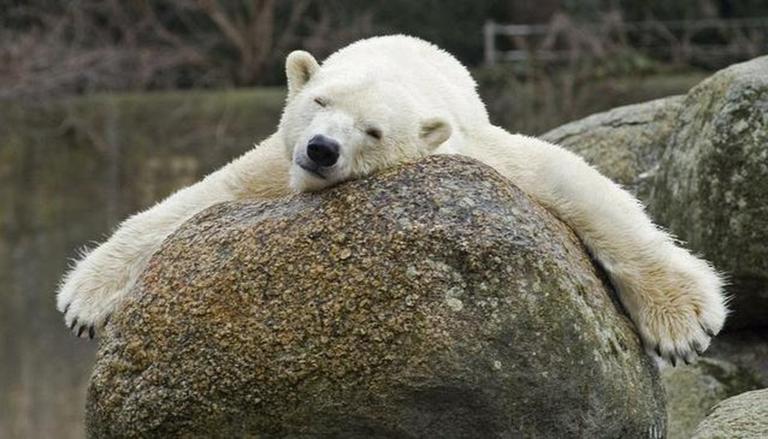 
The oldest polar bear in Europe named Katjuscha died at the age of 37. On December 27, Berlin Zoo announced that the polar bear, Katjuscha was found dead in her outdoor habitat on Christmas eve. Katjuscha was born at Karlsruhe Zoo, Germany in 1984 but at the age of one, the little cub was relocated to West Berlin.

On Twitter, Berlin Zoo shared a post with an image of the polar bear and a heartfelt message, announcing that after nearly four decades, they had to say goodbye to Katjuscha. The Zoo further stated that she died at the age of 37 as Europe's oldest polar bear.

Polar bear was being treated by veterinarians

The Berlin Zoo issued a press release on its official website, giving the details about the polar bear. It stated that polar bears can survive in the wild for 25 to 30 years, although only a handful lives past the age of 20. Katjuscha needed specialised care and attention to live to the grand old age of 37. The zoo also stated that the bear had heart trouble and was being treated by veterinarians and that she had also been suffering from water retention for the past 6 years and was taking medicine to treat her symptoms.

Andreas Knieriem, who is the director of the zoo stated that Katjuscha was able to achieve such a mature polar bear age thanks to excellent veterinary care and regular medicine. He also stated that she even ate an entire fish cake for her last birthday in November, according to Berlin Zoo's press release. It last female polar bear and that a decision on what should happen next in terms of polar bear keeping is yet to be made.

After learning of the death of the polar bear the German wing of the animal rights organisation PETA said the zoo should stop maintaining polar bears, according to DW News. He stated that keeping these animals has little bearing on species preservation because polar bears born in zoos cannot be released into the wild. He also said that the animals must no longer be kept solely for the purpose of entertainment. Polar bears have been categorised as an endangered species since 2015.

READ | US: Three snow leopards die due to COVID-19 in Lincoln Children's Zoo in Nebraska

WE RECOMMEND
Vaccine skeptics in Eastern Europe having change of heart
Lebanese attempt to migrate to Europe as amid economic crisis
COVID: Visiting Europe? Check nations that have reimposed restrictions over Omicron fears
Biggest waves in Europe for the WSL's 'Nazare Tow Challenge' in Portugal
France reports record high of 1,04,611 COVID-19 cases amid Omicron scare in Europe