Poland has completed the construction of a 140-kilometre-long wall across the border with Belarus to address the issues of refugees as well as security. 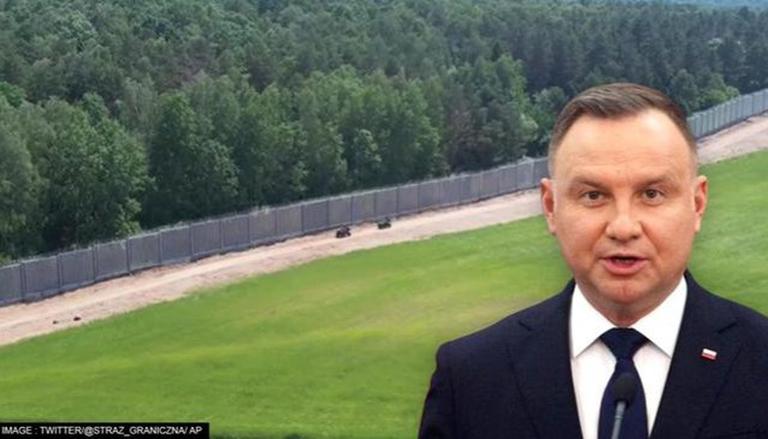 
In a key development, Poland has completed the construction of a 140-kilometre-long wall across the border with Belarus in an attempt to address the issues of refugees as well as security. Taking to Twitter, the Polish Border Guard Service stated that the first section of the constructed barrier at the border has been put into operation. "The acceptance of the remaining ones is in progress. The spans are already positioned at a length of 140 km," it added. It further stated that the installation of the electronic barrier will begin in the coming days.

Since January 2022, Poland has been constructing the wall on the border with Belarus. According to the Polish Border Guard Service, the five-meter-high barrier will stretch for 186 kilometres and the project's entire cost is anticipated to be around 1.6 billion zlotys (over $3.6 lakh). In addition, the country's border guards continue to curb the flow of illegal migrants from Belarus. According to reports, the crisis with illegal migrants from Belarus began in November 2021, following sanctions imposed by the European Union (EU) and a number of Western countries.

Meanwhile, Officials in Poland, Lithuania and Latvia believe the migrant influx is part of Belarus and Russia's hybrid war against the EU. The Polish Border Guard Service has also claimed that the clashes on the border were led by the General of the Border Guard Service of Belarus. Notably, Poland has closed the border with Belarus with barbed wire and also increased the number of border guards.

It is pertinent to mention here that tensions escalated within the European Union's borders after roughly 2,000 individuals were trapped between Poland and Belarus in November 2021. Since then, several incidents of clashes between migrants and border authorities have been reported since then. Meanwhile, Belarusian President Alexander Lukashenko has been accused by the West of using immigrants as a tool to destabilise the 27-nation bloc in retribution for penalties placed on his alleged repressive rule. However, Belarus has repeatedly denied being responsible for the issue, which has seen an influx of refugees attempting to enter Poland, Lithuania, and Latvia.