Polish lawmakers on Friday gave a green light to the construction of a massive border wall on its border with Belarus, according PBS news. 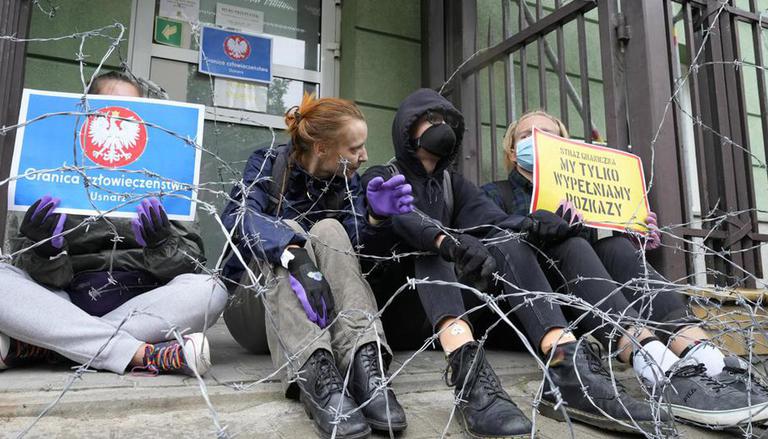 
The Polish Parliament on Friday gave a green light to the construction of a massive border wall on its border with Belarus, giving the world a subtle reminder of Donald Trump’s controversial dream. The wall, equipped with motion sensors, aims at curtailing the migrant influx into the eastern European country and only requires President’s approval before the construction starts. The whole project is estimated to cost the right-wing Polish administration a whopping sum of US$402 million, according to PBS News.

Hundreds of asylum seekers, especially from conflict-ridden Arab states, have been trying to enter the European Union through Poland. As per the Polish border Agency, more than 16,000 attempts have been made to illegally cross the border since August. But, with wildlands and freezing temperatures, scores of migrants die. Earlier on October 15, BBC reported that at least six migrants were found dead near the border with temperatures falling below freezing overnight.

Poland has temporarily built a razor-wire fence on the border and deployed armed forces to curtail the exodus. The new border wall will cover half of its 400-kilometre land border with Belarus. If signed by President Andrzej Duda, the construction is expected to begin as early as next summer.

Earlier this month, the Polish Parliament also passed a new law that legalises migrant pushback and allows guards to reject the application for international asylum sans examination. Under EU law, all migrants are entitled to get asylum in any country, even if they cross the border illegally. Notably, the country’s right-wing government has also accused neighbouring Belarus of encouraging migrants from Africa and middle eastern countries. As per Polish officials, the Alexander Lukashenko administration has been deliberately fuelling migration in retaliation to Western sanctions, as per a report by PBS news.

What is Europe's favourite migrant destination ?

Meanwhile, a recent survey revealed that Germany, and not Poland, remains the most popular European destination for migrants. According to the reports of Welt am Sonntag newspaper, more than 100,000 asylum bids were recorded for nine years in a row. Citing the federal migration office, the report said it received a total of 1,00,278 requests from first-time seekers as of late September. The report claimed that the figures are the second-highest monthly tally since 2017. It further stated that the maximum request came from France where 54,105 people applied for asylum between January and September this year.