Head of the Catholic Church and sovereign of the Vatican City, Pope Francis, on Wednesday, lambasted couples who chose "pet animals" over "a child". 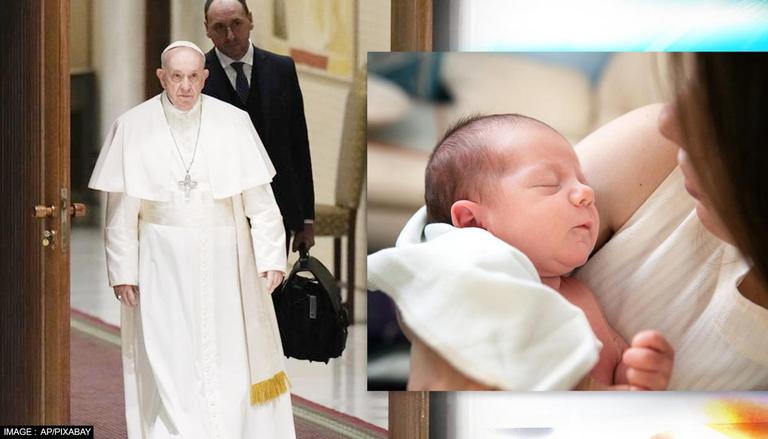 
Head of the Catholic Church and sovereign of the Vatican City, Pope Francis, on Wednesday, lambasted couples who chose "pet animals" over "a child". While addressing the first general audience of the New Year on January 5, called the couple "selfish" who chooses freedom, holiday trips and second bungalow over a child. During the general assembly, the Vatican novelty urged those who cannot produce children "biologically" to "look towards adoption". Also, Pope blasted on the couple who chose pet animals over producing their own children and said, "Yes, it's funny, I understand, but it is the reality." According to him, the modern couple chose freedom and enjoyment rather than producing a baby or adopting a child who is eagerly waiting for parents who could look after him/her.

"We see that people do not want to have children, or just one and no more. And many, many couples do not have children because they do not want to, or they have just one – but they have two dogs, two cats…yes, dogs and cats take the place of children. Yes, it's funny, I understand, but it is the reality", news agency Sputnik quoted as saying. "This kind of choice is among the highest forms of love, and of fatherhood and motherhood,” he said. “How many children in the world are waiting for someone to take care of them!" added Pope. Notably, his statement came at a time when Western countries are facing demographic challenges. In 2015, he made a similar appeal to the people during a general assembly in St Peter’s Square.

Pope Francis spells out formula for a happily married life

"The joy of children makes their parent's hearts throb and reopens the future. “Children are not a problem of reproductive biology or one of many ways to realise oneself in life. Let alone their parent's possession. Children are a gift. Do you understand? Children are a gift," The Guardian had quoted Pope Francis as saying in 2015. At that time, his statement sparked a widespread controversy as thousands of animal activists took to social media platforms to criticise Francis. In his last year message to couples, Pope suggested one of the popular formulas to married couples in order to stay joyful. While encouraging the married couples on December 27 last year, Francis said, "always remember three keywords in a marriage: "Please, thanks and sorry."

WE RECOMMEND
Pope Francis says violence against women is insult to God, in New Year speech
Pope Francis pleads for care of poorest, most vulnerable affected by COVID
Pope Francis says extramarital sex not the 'most serious' sin: Report
PM Modi recalls meeting Pope Francis, says his 'feelings for India are second to none'
Vatican: Pope Francis meets Afghan refugee family; had helped them to resettle in Italy