EU is reportedly discussing capping the price of Russian crude oil at between $65 and $70 a barrel, well above Russia’s cost of production. 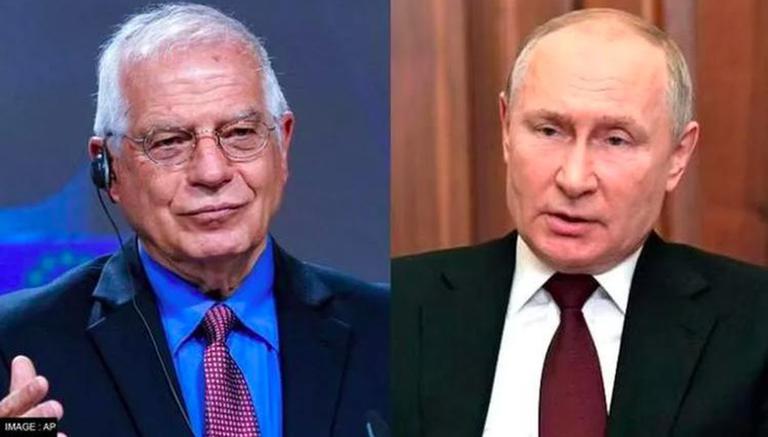 
As the Group of Seven countries is set to announce a price cap on Russian crude oil, Russian President Vladimir Putin on Thursday, Nov 24 warned against any such Western proposals that he threatened will have "grave consequences" for the energy markets. "Vladimir Putin stressed that such actions are contrary to the principles of market relations and are highly likely to lead to grave consequences for global energy markets," the Kremlin said, according to the readout of the call held between Russia's President Vladimir Putin and Iraq's Prime Minister Mohammed Shia al-Sudani.

Putin, in conversation with his Iraqi ally, said that the two countries must strengthen cooperation in the OPEC+. Saudi Arabia, another Russian ally, controls about one-third of OPEC's total oil reserves and plays a leading role in the organization comprising 13 members. Earlier this week, US Treasury Department announced in a statement that Washington and its partners will prepare to finalize a price ceiling for Russian oil in "the next few days."

EU is reportedly discussing capping the price of Russian crude oil at between $65 and $70 a barrel, well above Russia’s cost of production. The price cap will restrict the companies from providing shipping and services, such as insurance, brokering, and financial assistance for Russian oil limiting its export. EU and the US aim to cut Moscow’s revenues to weaken Putin's resolve in Ukraine.

READ | Russia 'did not strike Kyiv' in latest barrage

Russia's Deputy Prime Minister Alexander Novak had warned earlier that capping the price of Russian oil would destabilize the entire market, endanger the energy security of the whole world, and that there would be "no oil." Advising against any interference in market mechanisms by the Western nation, particularly the G7, Novak had stressed that Moscow will refuse to cooperate on non-market conditions and will not supply oil and petroleum products to the countries that support price caps on energy supplies from Russia. Kremlin has been planning to introduce an EU-wide embargo on the oil supplies via the sea that might come into effect as early as December 2022, he had also asserted.

It is European and American consumers who will pay a heavy price for this move in the first place,"  RIA Novosti quoted Russia's Deputy Prime Minister Novak as saying. "They [the US and its allies] already pay high prices due to destabilizing factors that they accept, such as sanctions and restrictions,” he added.

READ | Russia slams ‘unacceptable’ research by US near its border for bioweapons program
READ | Lukashenko says Ukraine faces 'complete destruction' if it does not negotiate with Russia
First Published: 25th November, 2022 07:09 IST
SUBSCRIBE TO US