After several days of seismic activity, a volcano has erupted on Sunday, 19 September on Spain’s Atlantic Ocean island of La Palma. 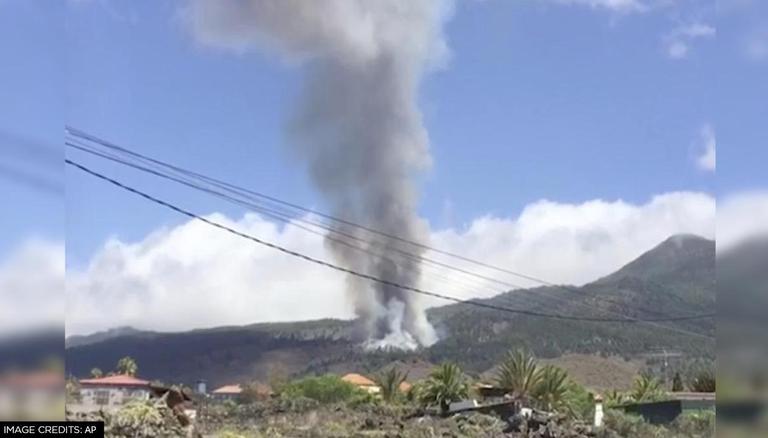 
A volcano erupted on Sunday, 19 September on Spain’s Atlantic Ocean island of La Palma. The volcano erupted at 3:15 pm in the Montana Rajada mountains in the municipality of El Paso after several days of seismic activity, reported EL PAIS. As the lava flows towards homes, authorities have ramped up evacuations for about 1,000 people.

According to The Associated Press, the Canary Islands Volcanology Institute informed that the eruption took place near the southern end of the island. The volcano, as per the authorities, erupted after a series of constant small tremors, which started on 11 September in Cumbre Vieja national park in the south of the island.  A large plume of smoke began spewing out along the Cumbre Vieja volcanic ridge. The authorities have issued a warning to locals as lava flows towards the villages and advised them to stay away from the volcano eruption site to avoid needless risk, as per the EL PAIS report.

The seismic activity in La Palma that stopped for two days resumed Sunday morning with earthquake tremors were felt by the people. The largest earthquake was measured at 3.8magnitude on the Richter scale. As per the El PAIS report, Spanish Prime Minister Pedro Sanchez was scheduled to fly to New York on Sunday but has reportedly postponed the trip. He planned to travel to La Palma to monitor the situation as the volcano erupted on the Atlantic Ocean island of La Palma. The Spain's Defence Ministry has stated that the army was prepared to help people in providing shelter, who have been evacuated from nearby areas of the volcano eruption site. According to AP, a population of 85,000, resided in La Palma, which is one of the eight islands in Spain’s Canary Islands archipelago off Africa’s western coast.