Greta Thunberg will appear on a postal stamp that will be issued on Jan 14 in Sweden, in recognition of her work to preserve the country’s “unique nature".

The environmental activist Greta Thunberg will appear on a postal stamp that will be issued on January 14 in her native Sweden, in recognition of her work to preserve the country’s “unique nature” for future generations. In the stamp, the 18-year-old is seen standing on a rocky clifftop wearing her trademark yellow raincoat, with swifts flying around her. The latest five-stamp series is part of the theme “Valuable Nature” and they cost 12 kronor ($1.40) each. They are illustrated by Swedish artist Henning Trollback.

According to AP, Sweden’s postal company Postnord in a statement said, “The motives on the stamps should reflect our time, where the environmental issue has been relevant and present for many years, not least through Greta Thunberg’s strong voice”. 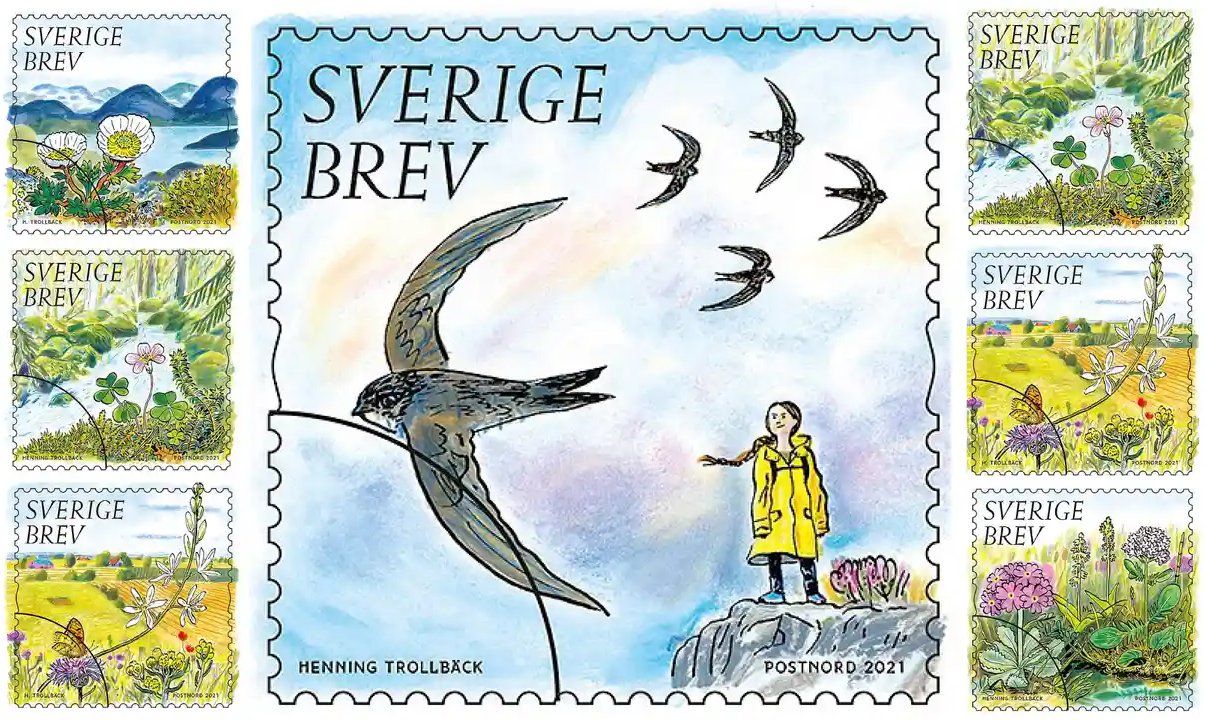 In a separate statement, Kristina Olofsdotter, managing director for stamps at the postal company, said, “Appearing on a stamp means that a person is doing something extraordinary”.

Along with Thunberg, the series also features some of the 16 environmental quality goals recently drawn up by the Swedish government. Other stamps in the set, which are intended for domestic letters, feature high mountains and their flora, a forest, an agricultural landscape and a uniquely biodiverse bog. This year's European stamps also include a picture of the endangered green spotted toad.

Meanwhile, Thunberg earned global acclamation at 15 after launching her "school strike" on the steps of Sweden’s parliament, promoting climate action as the world combats an ongoing environmental disaster. She even criticised world leaders at the UN General Assembly in 2019 and she has clashed with US President Donald Trump, who told her to "work on her anger management problem". However, upon Trump’s unsuccessful election campaign result, Thunberg used the same criticism against him and said, "Donald must work on his anger management problem".

Even though Thunberg’s climate activism has now amassed a global following, she still maintains that she is not a leader by any means. In a bid to spread awareness, the climate activist has been urging world leaders to take steps and "face climate change". Greta Thunberg has been urging leaders to build a new system and tear apart the old energy deals in order to secure a change in beating climate change. The Swedish activist has demanded to halt all investment in fossil fuel exploration and extraction. She even asked leaders to establish annual binding carbon budgets based on the current best available science.