Sweden Riots: What Triggered Violence In Southern City Of Malmo? Who Is Rasmus Paludan?

All you need to know about recent outcry in Sweden’s southern city of Malmo and the far-right party leader Rasmus Paludan, convicted for instilling hatred.

While the COVID-19 pandemic has already rocked most of the world, Sweden witnessed violence demonstrations, riots, and subsequent arrests of people on Friday, August 28. Swedish Police said on Saturday that furious with the far-right activists burning a Quran in the Southern city of Malmo, over 300 people gathered to demonstrate that eventually converted into riots.

The dramatic visuals shot in the area showed that rioters set fires, threw objects at law enforcement officers and also the rescue officers on the night of August 28. As per agency reports, the violence caused slight injuries to the police officers who later detained at least 15 people. Moreover, three people have been arrested on the suspicion of instilling hatred against an ethnic group in the predominantly migrant neighbourhood in Sweden.

What triggered riots in Sweden?

What tipped hundreds of people off the edge of anger was the members of far-right Danish party Stram Kurs (Hard Line) burning the copy of Islam’s holy book in Malmo on Friday. Earlier, on the same day, the party’s leader Rasmus Paludan was prohibited from entering the Southern Swedish city to participate in a meeting reportedly about ‘Islamization in the Nordic countries’.

Swedish media reports said that the Islamophobic actions of kicking and burning the Quran that triggered hundreds to flood the streets to demonstrate were recorded and even posted online. However, soon the situation escalated as fireworks were set off and objects were thrown at the police. The situation had finally calmed down hours after midnight and the residents in the area helped to clear out the streets and other discarded items. 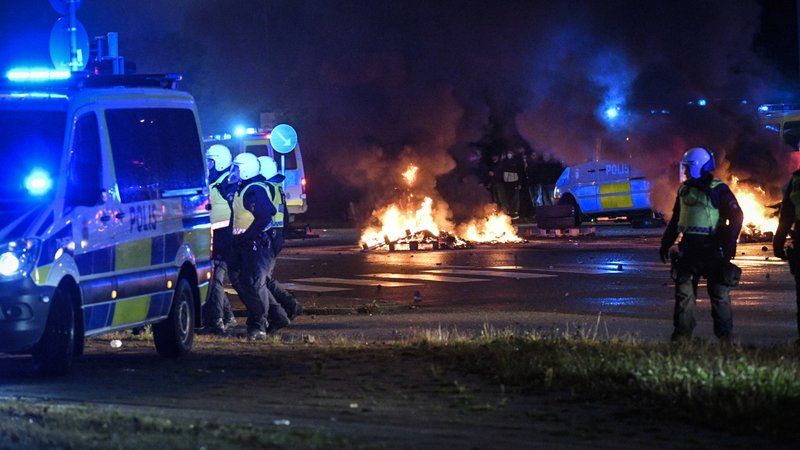 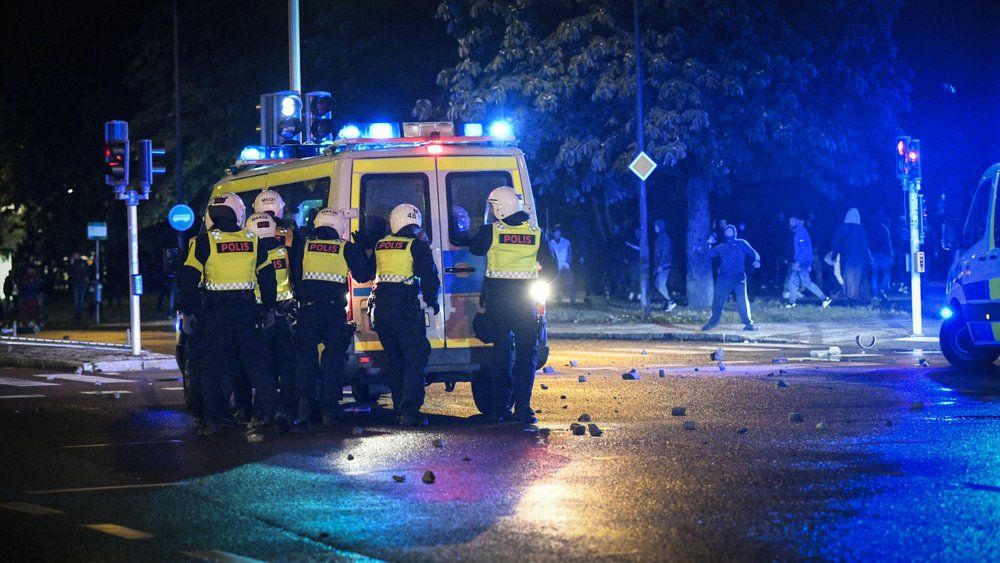 Who is Rasmus Paludan & why was he stopped?

The authorities in Sweden reportedly took action against Paludan’s arrival in Malmo fearing the consequences and banned him from entering the country for two years. Calle Persson, the spokesperson of the police told an international media agency that the law enforcement officers had suspected that the far-right party leader was going to violate the country’s law along with the additional fear of his behaviour that ‘would pose a threat to society’.

Rasmus Paludan was invited by a Swedish artist Dan Park, who has already been convicted of inciting against ethnic groups in the region and several media reports deem him as a ‘provocateur’. Paludan has also come in the negative light several times for making Islamophobic videos and posting them on YouTube. The contents of such anti-Muslim clips included burning of Islam’s holy book, sometimes wrapped in bacon, a meat that is anathema for Muslims.

Even though he continued to justify his ‘hate speech’ as ‘free speech’, he was most recently convicted in June on the charges of racism after posting anti-Islam videos on his party’s official social media accounts. This was followed by his sentencing of three months in jail and being barred from the practice of law.