A teacher by profession, Başak Demirtaş was charged with fraud after a doctor's note requesting five days leave from work was wrongly dated. 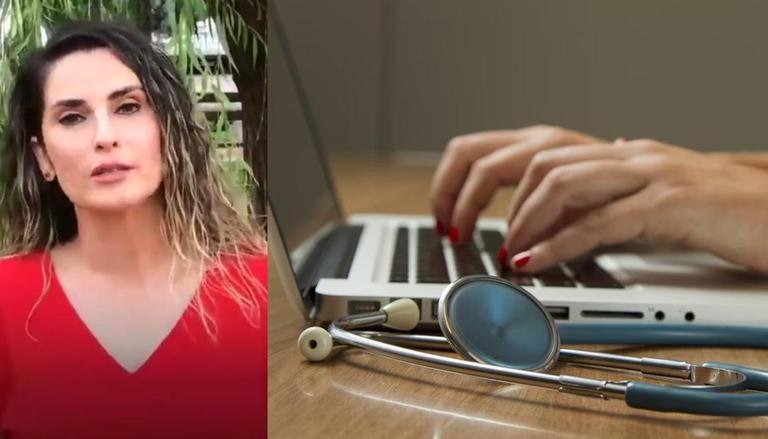 
The wife of a jailed politician from Turkey has been booked for producing a falsified medical report. A teacher by profession,  Başak Demirtaş, who is the wife of Selahattin Demirtaş was charged with fraud after a doctor's note requesting five days leave from work on medical grounds was wrongly dated. As per local Turkish media reports, the doctor's prescription during the appointment was mentioned December 11, 2015, however, during submission to the employers it was erroneously dated December 14.

The hearing comes against the case filed in March 2018. The cases in the charge related to hospital admissions and two surgeries for a miscarriage that she underwent in 2015, apart from the scrutiny of the doctor's report. Following the miscarriage,  Demirtaş had then taken unpaid leave for the second half of the 2015-2016 school year to recover. As per Demirtaş's legal team, she was booked for fraud and sentenced to 2.5 years prison term for a "mere clerical error" after the trial. Meanwhile, the Turkish court has also handed 30 months sentence to Demirtaş's doctor for producing a "falsified" report.

The court ruling was lambasted by the European parliament’s rapporteur on Turkey, Nacho Sánchez Amor. Taking to Twitter, he called the sentence slapped on Demirtaş by the Diyarbakir court board "appalling." “The sentence of [Demirtaş] to 2.5 years of prison for a mere clerical error concerning a medical record is appalling and seems beyond common sense. It just looks so political. It gives the measure of the worrying state of the Turkish judiciary,” Amor wrote on Twitter.

Despite the situation, Demirtaş's lawyers have decided to continue to wage the legal struggle, Turkish media reported. "We still believe that the ruling will be overturned by the (appeals court) and justice will be done," one of the lawyers stated, as per Atalayar.

Demirtaş is the wife of Selahattin Demirtaş, a former leader of the pro-Kurdish People's Democratic Party (HDP). He is one of the most high-profile politicians, academics, and judges who have been imprisoned after Recep Tayyip Erdogan ordered a crackdown on the opposition. He was jailed after his own party won enough seats in 2015 to bring down Erdogan's parliamentary majority. Selahattin has been booked with over 100 charges, mostly related to terrorism. Although, all the allegations have been denied by the politician over the years, as per Atalayar.

READ | Orban thanks Turkey for support against migration Basak Demirtaş forced to resign from her job

As per reports, Basak Demirtaş was forced to resign her job after being a continued target of the pro-government media. Earlier in October, she and her children were also prevented from visiting her husband in the high-security Edirne prison where Selahattin is captured. The incumbent Turkish President has accused the HDP of alleged links with Kurdistan Workers'Party (PKK), which is deemed a terrorist organisation in Turkey and the West.