Women from Finland and other nations have shared social videos of themselves dancing and partying in support of Finnish Prime Minister Sanna Marin. 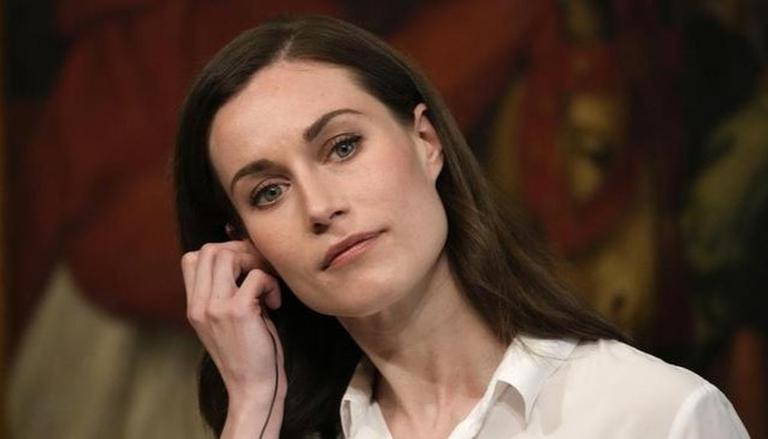 
Women from Finland and other nations have shared social videos of themselves dancing and partying in support of Finnish Prime Minister Sanna Marin. Women have posted videos as Sanna Marin faced backlash after videos of her partying emerged on social media. In the video, the 36-year-old Prime Minister can be dancing and singing with a group of people.

Women have been posting videos of themselves dancing and enjoying themselves to showcase support for Finland's PM Sanna Marin. The videos have been shared along with the hashtag '#SolidaritywithSanna'. The video posted on Twitter shows women partying, dancing and having fun with their friends. Watch the videos here:

To show “Solidarity with Sanna” pic.twitter.com/8gsUTuROLJ

Finland Prime Minister Sanna Marin faced backlash after a video was shared on social media which shows her dancing and lip-syncing a song with a group of people. The Finnish PM can be seen on her knees with her arms behind her head dancing and mimicking a song. After her video circulated on social media, Sanna Marin said that she was "disappointed" that her clip of partying with her friends went public, AP cited YLE. Marin stated that she did not consume drugs and only drank alcohol. Marin said, "I have not used drugs myself, or anything other than alcohol. I’ve danced, sung and partied and done perfectly legal things. I have also not been in a situation where I would know that others are doing it that way," The Associated Press, cited Hufvudstadsbladet newspaper.

The Finnish Prime Minister has undergone a drug test after facing backlash over partying. She stated that she decided to take the test "for her own legal protection." She announced that the test report of her drug test is expected to come in about a week. She denied doing anything "illegal" and added that she did not have any government meetings during the weekend. Sanna Marin stressed that she had "some time off" and spent time with her friends. Notably, this was not the first time Sanna Marin has been criticised for partying as she had earlier issued an apology after going out clubbing until 4 am without her work phone. She could not be informed that she had been in close contact with a person who tested positive for COVID-19.