Microsoft survey revealed that 46% of global workers are considering leaving their employers this year as they are "struggling" in pandemic work conditions.

A Microsoft survey recently revealed that about 46 per cent of global workers are considering leaving their employers this year. The survey found that the majority of workers are struggling or just surviving in pandemic work conditions. Microsoft's Work Trend Index also revealed that around 61 per cent of employers feel that they are “thriving” - that is 23 per cent higher than the average worker. 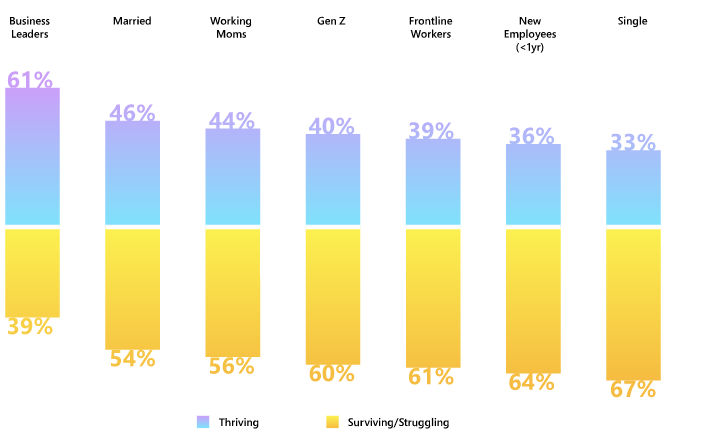 The survey said people “now more than ever” expect their employers and leaders to show empathy, given the “unique challenges”. Employees who claimed that they are struggling included married folks, working moms, Generation Z, frontline employees, workers who recently joined their jobs and single people. Microsoft revealed that working mothers are negatively impacted, many of whom have had to leave their jobs owing to new social arrangement put in place by the pandemic.

Further, 73 per cent of the surveyed employees claimed that they endorse flexible working hours and remote working. 67 per cent, on the other hand, said that they want to return to the pre-COVID mode of working from the office. The survey also found that time spent in Teams meetings has more than doubled and keeps rising. Microsoft vice president Jared Spataro said that there is a feeling that all of a sudden the boundaries are gone, but he also added that he thinks that it is important for people to recognise that “humans perform better on schedule”.

Spataro said, "Those impromptu encounters at the office help keep leaders honest. With remote work, there are fewer chances to ask employees, “Hey, how are you?” and then pick up on important cues as they respond. But the data is clear: our people are struggling. And we need to find new ways to help them".