The US report accuses Chinese authorities of undermining the investigation into the origins of the COVID-19 and a subsequent cover-up, among much else 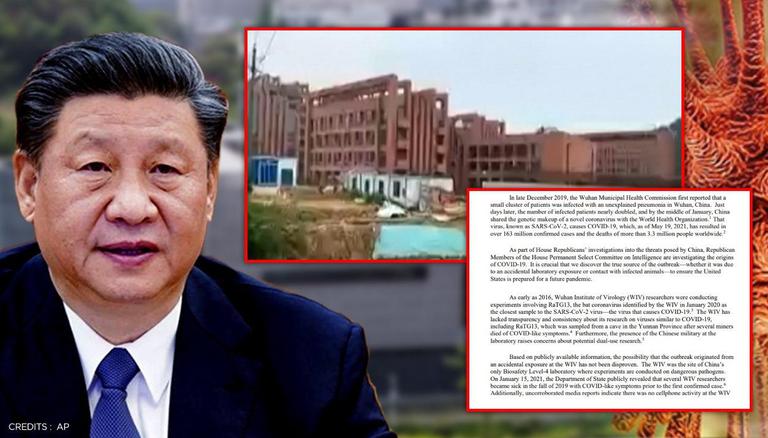 
With the growing chorus for a probe into the origins of the COVID-19 pandemic, a report by the Republicans' House Permanent Select Committee on Intelligence has shed light on aspects suggesting that the SARS-CoV-2 virus, which causes the COVID-19 infection, was manufactured in a lab in China, against the claimed thesis of natural occurrence.

The 21-page unclassified report accessed by Republic Media Network speaks in detail about dangerous experiments being conducted at the Wuhan Institute of Virology (WIV) since 2016, warnings of which had been relayed by the US envoys in China. The report also questions the role of an American institute (NIAID) headed by top medical expert Dr. Anthony Fauci which allegedly funded labs in Wuhan to carry out research on Coronaviruses.

The committee, which has been examining the growing threat to America posed by the CCP and the Chinese PLA, accuses the Chinese authorities of undermining the investigation into the origins of the COVID-19. Giving a brief timeline of the events, the Republican report has claimed that Wuhan Institute of Virology researchers had been conducting experiments since 2016 which involved RaTG13, the bat coronavirus identified by the WIV in January 2020 as the closest sample to the SARS-CoV-2 virus.

READ | If COVID is natural, China must prove it: Nicholas Wade asks scientists to demand evidence

"The WIV has lacked transparency and consistency about its research on viruses similar to COVID-19, including RaTG13, which was sampled from a cave in the Yunnan Province after several miners died of COVID-19 like symptoms. Furthermore, the presence of the Chinese military at the laboratory raises concerns about potential dual-use research," the report reads.

It also makes an important note of the close ties between the Wuhan Institute and the People's Liberation Army, as it observes that the science lab had 'significant' military participation. Pertinently, a paper written by military scientists and senior Chinese public health officials in 2015 was recently obtained by US officials who spoke of China's plans with regards to bioweapons. The military document titled 'The Unnatural Origin of SARS and New Species of Man-Made Viruses as Genetic Bioweapons' claims that a bioweapon attack could cause the "enemy's medical system to collapse". There are references of work by US Air Force colonel Michael J. Ainscough who had predicted that World War 3 may be fought with bioweapons.

The report mentions that alarm bells were rung by US diplomats as late as 2017, when health and science experts from the US Embassy in Beijing made multiple visits to the WIV. "The diplomats warned Washington that the lab's work to make bat coronavirus infectious for humans, coupled with grave safety concerns, could result in the accidental unleashing of a new SARS-like pandemic," the report reads.

Questioning the alleged aid to Chinese labs for the study of Coronaviruses, the report says that it is difficult to understand as to why the US government 'permitted collaborative research at the WIV, which had a known Chinese Military Presence.'

"Since the initial COVID-19 outbreak, the Chinese government has lied, obfuscated, covered up and blocked the flow of information about the origins of the pandemic. It took Beijing nearly three weeks to even acknowledge there was the human-to-human transfer of the virus. The WIV and the Chinese government stymied and manipulated the WHO's 28-day review of COVID-19's origins and they silenced medical workers and journalists trying to report on the outbreak," an excerpt from the report reads, adding that China has suppressed all records at the Wuhan Institute and closed down its virus database.

The Republican report concludes by expressing concern over the fact that the US Government 'directly or indirectly' might have engaged in dangerous scientific research with China. It has demanded that the Committee must determine what role, if any, the Intelligence Community (IC) had in monitoring or evaluating the US policy risks related to these efforts. Moreover, it seeks to determine what IC elements participated or provided input to the policy formulation process. 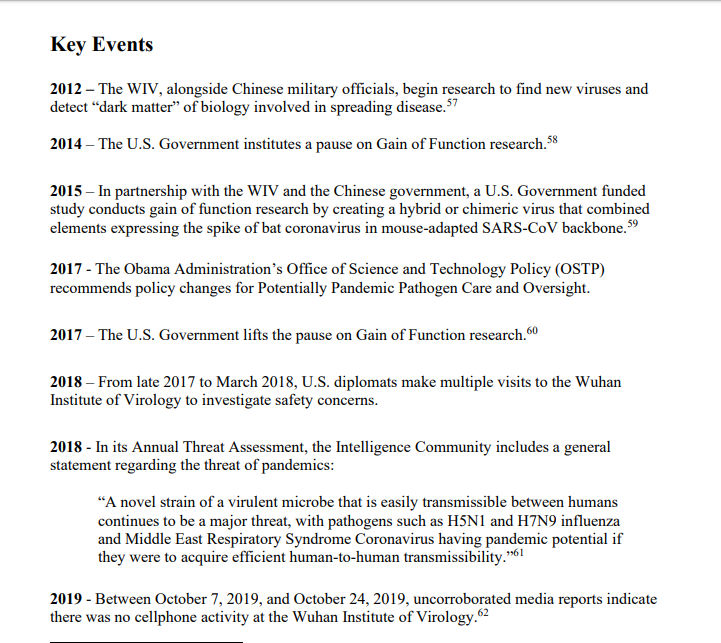 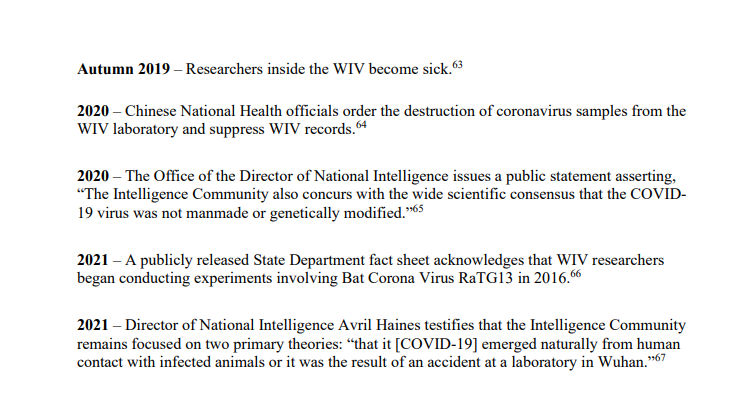