Ever since the 10th UNGA, Brazil is always the first speaker at the UN General Assembly. This year, Brazilian President Jair Bolsonaro opened the 76th UNGA. 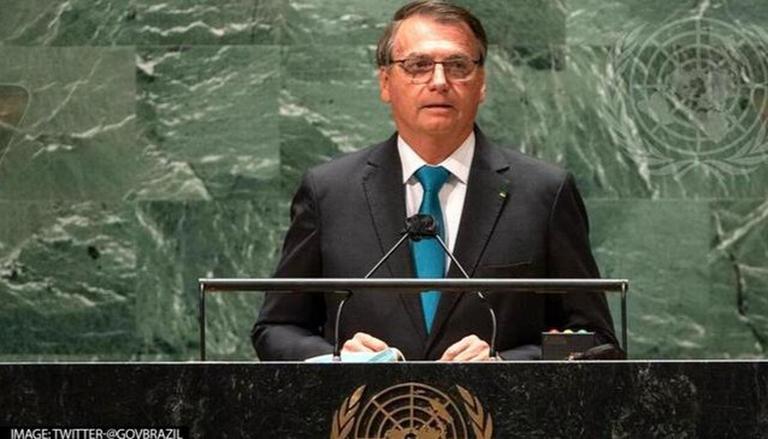 Brazil address at the UNGA

Informing about the Brazilian President's address, the Government of Brazil said, "As per tradition, Brazil opens the United Nations General Assembly. In his speech, this morning, President @JairBolsonaro highlighted the Brazilian government’s steadfast commitment to bettering not only our country, but the world as a whole." Since the 10th UNGA meeting held in 1995, Brazil has always been the first to address the United Nations General Assembly, followed by the United States. After the first two addresses, the order of speakers is not fixed and the sequence of speech of different world leaders is based on number of factors which includes level of representation and the importance of the speaker, reported Breezyscroll.

As per tradition, Brazil opens the United Nations General Assembly. In his speech, this morning, President @JairBolsonaro highlighted the Brazilian government’s steadfast commitment to bettering not only our country, but the world as a whole. #UNGA76 #BolsonaroUN21 @Brazil_UN_NY pic.twitter.com/LTgy9QmLYF

The sequence of the first speech of UN tradition dates back to the early days of the United Nations, as per Breezyscroll. Reportedly, after the second world war was over, several countries were hesitant to address the nations. At that time, Brazil had volunteered to be the first speaker. As per the report, Oswaldo Aranha, Brazil’s top diplomat presided over the first UN Assembly meeting. Aranha was also elected as the president of UNGA's second session later on. During the 76th UNGA, Brazilian President Jair Bolsonaro addressed the assembly on September 21. Following Brazil, the US is always the second to address the assembly and this year, US President Joe Biden addressed the UN General Assembly.

READ | PM Narendra Modi’s UNGA address live streaming: When and how to watch

Brazilian diplomat Oswaldo Aranha presided the 1st #UNGA Special Session & its 2nd Regular Session. Since then (with rare exceptions) Brazil has been the 1st Member State to address the annual General Debate of the @UN General Assembly. 🇧🇷 pic.twitter.com/REgSVpdNlE

Addressing the UNGA, Brazil President Jair Bolsonaro dismissed allegations levelled against his government for not handling the COVID pandemic properly, according to AP. During his speech, Bolsonaro showed the recent data that indicated less deforestation in the Amazon. As per the AP report, the Brazilian President flouted the rule of the General Assembly by participating in the session without taking the COVID-19 vaccination.