“Increasingly, a two track COVID-19 pandemic is developing, with richer nations having access and poorer ones left behind,” the heads stated in joint report. 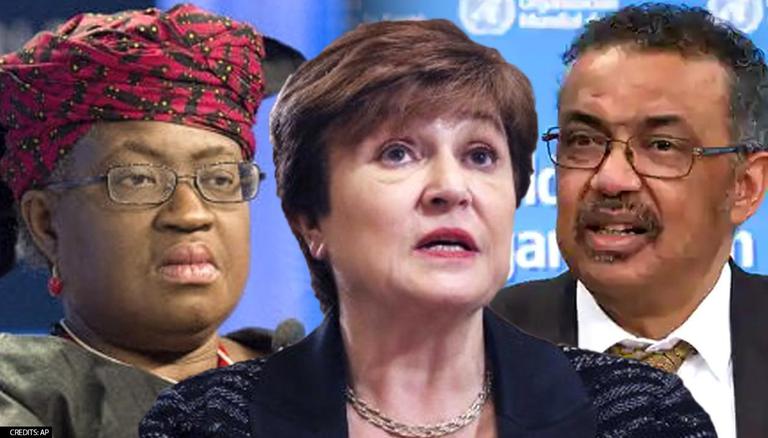 
Heads of the World Health Organization, World Bank, International Monetary Fund, and World Trade Organization on Monday raised concerns about the vaccine inequality among the wealthier and the poorer nations, blaming the widening gap for the emergence of the variants. According to the IMF report published on June 1, the heads have been seeking a new commitment for ‘vaccine equity’ and defeating the pandemic.

The committee on Monday stressed that the world will fail to make a broad-based recovery from the COVID-19 pandemic due to vaccine inequity, as mass inoculation is the only known strategy to science to end the coronavirus. Ending the pandemic is possible, the world’s leading organizations said, adding that it needed global solidarity.

The joint report was signed and published by IMF managing director Kristalina Georgieva, WHO director-general Tedros Adhanom Ghebreyesus, World Bank president David Malpas, and WTO director-general Ngozi Okonjo-Iweala ahead of the G7 Summit in the UK, next week.

Thank you @adam_tooze for joining our call. We CAN bring this pandemic to an end if we act decisively and act together. The $50 bn investment will bring the highest return we will see in our lifetimes - in saving lives saved and boosting the economic recovery. https://t.co/iPMGUUBEa1

“By now it has become abundantly clear there will be no broad-based recovery without an end to the health crisis. Access to vaccination is key to both,” it stressed.

Furthermore, the heads in the report emphasized that while there is an unprecedented public and private financing that has timely supported vaccine research, development, and scaled-up manufacturing, a dangerous gap between richer and poorer nations is obstructing the global recovery. Some of the affluent countries are already discussing the rollout of booster shots to their populations, the vast majority of people in developing countries, which shockingly includes the front-line health workers— have still not received their first shot, the committee said. It added, that this disparity was worst in the low-income nations which have received less than 1 percent of vaccines so far.

“Increasingly, a two-track pandemic is developing, with richer countries having access and poorer ones being left behind,” Kristalina Georgieva, Tedros Adhanom Ghebreyesus, David Malpass and Ngozi Okonjo-Iweala said in a joint report published on June 1.

“An estimated $50 billion, it will bring the pandemic to an end faster in the developing world, reduce infections and loss of lives, accelerate the economic recovery, and generate some $9 trillion in additional global output by 2025.  It is a win for all — while around 60 percent of the gains will go to emerging markets and developing economies, the remaining 40 percent will benefit the developed world.”

The committee warned that the inequitable vaccine distribution not only made millions of people in developing nations vulnerable to the novel coronavirus but also allowed the deadly variants to emerge and ricochet back into the world. “As variants continue to spread, even countries with advanced vaccination programs have been forced to reimpose stricter public health measures, and some have implemented travel restrictions,” the committee warned.

Heads of the leading organizations asserted that the vaccine inequity is behind the ongoing pandemic’s deepening divergence in the economy and there has to be an implementation of a “stepped-up coordinated strategy” backed by new financing from the wealthier nations. Doses needed to be donated immediately to developing countries to ramp up vaccination so it downsides risks such as new variants.

“All blockages to expanding supply must be removed, and we call on WTO members to accelerate negotiations towards a pragmatic solution around intellectual property,” the committee said.  “A number of low- and middle-income countries are also making moves to invest in their own local manufacturing capacity, which is key not to just end this pandemic but to prepare for the next one.”

READ | WHO 'deeply committed' to stand with India; will save as many lives as we can: Tedros
First Published: 1st June, 2021 19:44 IST
SUBSCRIBE TO US