How Every Quad Move Corners Expansionist China Without Military Posturing

Australian PM Morrison whose administration had earlier slammed China for its growing influence in the Indo-Pacific, called for the region to be free & liberal 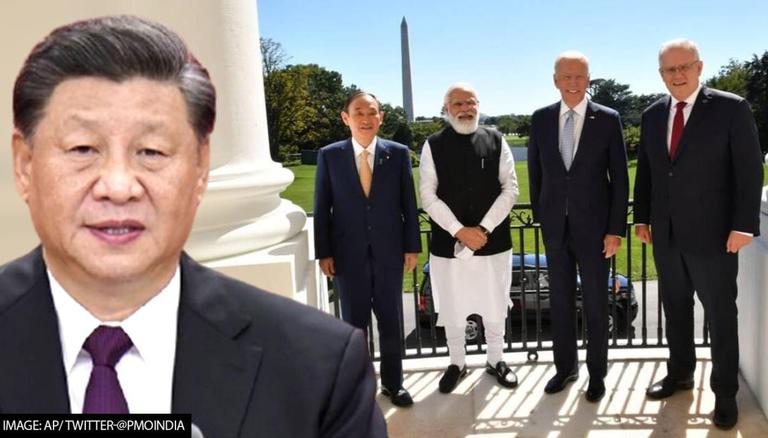 
The much-anticipated Quadrilateral Security Dialogue (QUAD) Summit took place on Saturday, September 24, with a special focus on the Indo-Pacific region - a topic sensitive to China. At the meeting, much to China's discomfort, the four leaders pledged to work together to ensure peace and security of the Indo-Pacific region and the world.

While none of the leaders named China during the Quad meeting, their repeated reference to countering coercion in the Indo-Pacific region sent a clear message to the expansionist country.

In the joint statement released later that day, the Quad leaders reiterated their "commitment to promoting the free, open, rules-based order, rooted in international law and undaunted by coercion, to bolster security and prosperity in the Indo-Pacific and beyond".

"We stand for the rule of law, freedom of navigation and overflight, peaceful resolution of disputes, democratic values, and territorial integrity of states. We commit to working together and with a range of partners, the joint statement said.

The four countries have also assured to provide 'G20 Quality Infrastructure Investment Principles' and 'provide high-standards infrastructure in the Indo-Pacific'.

Australia's Prime Minister Scott Morrison, whose administration had previously slammed China for its increasing influence in the Indo-Pacific, called for the region to be "free" and "liberal". In his opening remarks at the summit, the PM said-

"The Quad is about demonstrating how democracies such as ours can get things done. They can deal with the big challenges we face in a very complex in changing world.  There is no part of the world that is more dynamic than the Indo-Pacific at this time. We believe in a free and open Indo-Pacific because we know that is what delivers a strong and prosperous region. So our citizens can realize their hopes and dreams for their future in a liberal and free society."

"We have come here for the first in-person Quad Leaders' Summit. This Summit shows the relations shared by our four nations and the commitment we have for a free and open Indo-Pacific region. Quad is a very important initiative by the 4 nations that believe in fundamental rights & are of the view that the Indo-Pacific should be free & open. To date, Quad has given its absolute cooperation in big sectors, be it regional challenges or COVID-19."

India, the US, and several other world powers have been talking about the need to ensure a free, open, and thriving Indo-Pacific in the backdrop of China's growing military presence in the resource-rich region.

China claims nearly all of the disputed South China Sea, although Taiwan, the Philippines, Brunei, Malaysia, and Vietnam all claim parts of it. Beijing has built artificial islands and military installations in the South China Sea and also has territorial disputes with Japan in the East China Sea.