On November 12, the first large-scale protest took place inside the Blue Zone at the COP27 Climate Conference center in Sharm El-Sheikh, Egypt. 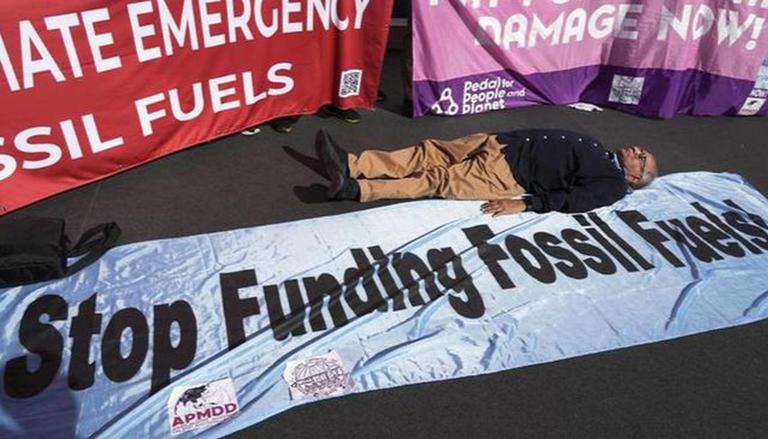 
On November 12, the first large-scale protest took place inside the Blue Zone at the COP27 Climate Conference centre in Sharm El Sheikh, Egypt, which is usually cordoned off for official proceedings. It was reported by the organisers of the protest that it commenced inside the conference premises as Egyptian authorities would not permit the protest on the streets. People gathered to participate in the protest at midday at the blue zone area, which  of the Summit venue. The protesters chanted slogans like "no climate justice without human rights". The protestors commented that the UN climate summit is now "lost and damaged". The protest was led by Sanaa Seif who is the sister of imprisoned British-Egyptian hunger striker Alaa Abdel-Fattah.

Alaa Abdel-Fattah, a British-Egyptian writer and political activist, who was also a monumental figure during the Arab Spring in 2011 has spent most of the last decade in a prison in Cairo. As per BBC, under the authoritarian regime of President Abdel Fattah El-Sisi, who rose to the power in 2014, Alaa Abd El-Fattah was sentenced to five years of imprisonment for allegedly "broadcasting false news."

During the COP27 Climate Conference, placards with messages such as "Don't gas Africa" and "Pay your climate debt" were seen in the crowd. The protest was focussed on "we will never be defeated" on human rights and the call for climate justice. While addressing the crowd, Sanaa Seif said that "Those in power thought my voice would be drowned out." She also mentioned that there can be no climate justice without human rights. Various activists including climate justice activist Mitzi Jonelle Tan who has stood up for the murder and imprisonment of environmental land protectors as well as civil society and religious leaders. The protest is being seen as a great step at the climate conference venue as protests are limited in Sharm-El-Sheikh, Egypt.

READ | High hopes for COP 27, but warnings of disappointment

Protests were also held in other cities including London and Edinburgh to support the protest at COP27 Climate Summit. Hundreds of people came out on the streets in Portugal's Lisbon. As reported, dozens stormed into the building where the country's Economy Minister António José da Costa Silva was present, and the protesters demanded that he must resign.

Tasneem Essop who is the executive director of Climate Action Network addressed the gathering at the Summit and said, "The governments who have caused the climate crisis and made those who are least responsible for this crisis pay for it through their lives, their livelihoods, their homes, and cultures - they owe us these reparations and they need to pay up now."

At this year's conference, being held in the Egyptian seaside resort of Sharm el-Sheikh from November 6 to 18, developed countries are expected to push developing nations to further intensify their climate plans. On the other hand, developing countries would seek commitment from rich countries to provide finance and technology needed to address climate change and resulting disasters.