The leaders of India, the US, Israel and the United Arab Emirates will discuss joint economic projects to bolster cooperation in the area of trade and investment at their first virtual summit of the new four-nation grouping 'I2U2'. 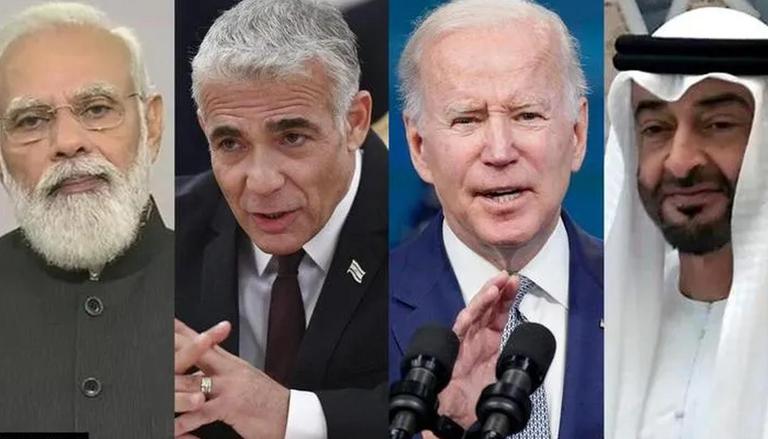 New Delhi, Jul 12 (PTI) The leaders of India, the US, Israel and the United Arab Emirates will discuss joint economic projects to bolster cooperation in the area of trade and investment at their first virtual summit of the new four-nation grouping 'I2U2' on Thursday.

The summit to be hosted by US President Joe Biden will be joined by Prime Minister Narendra Modi, Israeli PM Yair Lapid and President of the UAE Sheikh Mohammed bin Zayed Al Nahyan.

In the grouping's name, "I" stands for India and Israel and "U" for the US and UAE. The US President will be on a visit to West Asia from July 13 to 16.

"The leaders will discuss the possible joint projects within the framework of 'I2U2' as well as the other common areas of mutual interest to strengthen the economic partnership in trade and investment in our respective regions and beyond," the Ministry of External Affairs (MEA) said on Tuesday.

It said these projects can serve as a model for economic cooperation and offer opportunities for business persons and workers of the member nations.

"It intends to mobilise private sector capital and expertise to help modernize the infrastructure, low carbon development pathways for our industries, improve public health, and promote the development of critical emerging and green technologies," it said.

The I2U2 grouping was conceptualised during the meeting of the foreign ministers of the four countries held on October 18 last year.

Each country also has Sherpa-level interactions regularly to discuss the possible areas of cooperation.

The leaders are also likely to discuss the global food and energy crisis arising out of the Ukraine conflict.

India's bilateral strategic ties with each of the three countries are on an upswing in the last few years.

External Affairs Minister S Jaishankar and US Secretary of State Antony Blinken discussed the global energy and food security concerns last week on the sidelines of the G20 Foreign Ministers' meeting in Bali.