Simon Turner from Macquarie University in Sydney, Australia, who led the research analysed the meteorites from the past century, 4.5 billion years ago.

Some meteorites might have contained liquid water within the past million years that might have brought the liquid to Earth. Scientists analysed the chemical reactions and the ratio of the hydrogen isotope deuterium to hydrogen (D to H) inside the meteor rocks from billion of years ago. According to the study published in the journal Science Direct, the Angrite meteorites started the onset and flux of water in the inner solar system. The Earth gained its condensed volatiles of the life-essential elements within the first two million years of the formation of the solar system, scientists said.

Simon Turner from Macquarie University in Sydney, Australia, who led the research analysed the meteors from the past century, approximately 4.5 billion years ago. He found that ice in the meteorite melted, generating the water and fluid soluble elements in the solar system. According to Turner, the uranium component in the meteorites was water-soluble but the thorium was not.

Scientists have studied the distribution of uranium in the meteorite that provided evidence about the presence of liquid. “Uranium and thorium have very short half-lives and so only record events that happened within the last one million years,” Turner said. “The pattern of uranium and thorium suggested that the meteorites were experiencing chemical reactions involving liquid water within the past 1 million years”, he added. Meanwhile, Sara Russell at the Natural History Museum in London, said in the study that the scientists were used to thinking that the meteorites from asteroids had remained “unchanged” since the early solar system, but the research now indicates that the rocks had been chemically active several years ago.

Read: Scientists Reveal Details About Mysterious Sunquakes And Its Origins 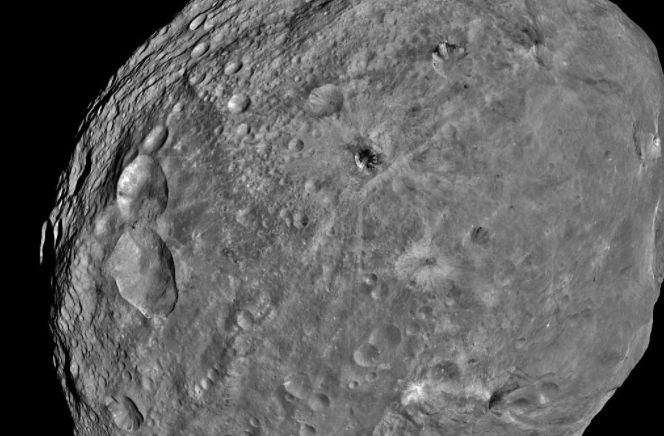 [The angrite parent body was likely similar in size to the asteroid Vesta. Credit: NASA] 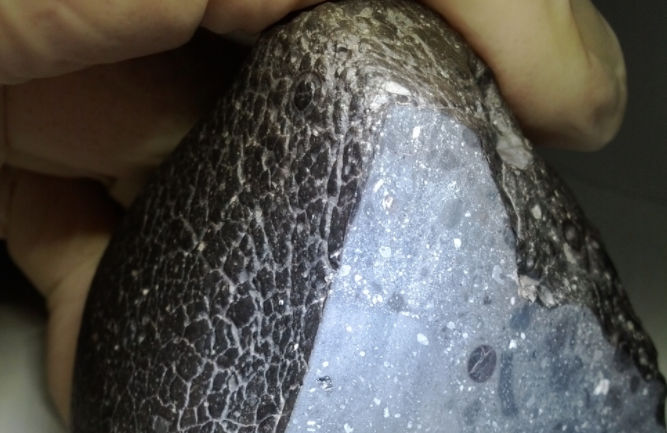 [Basaltic meteorites are common in the Solar System and have a relatively large amount of water in it. Image credit: NASA]

According to a separate study published in the journal Philosophical Transactions of the Royal Society, the angrite meteors’ water component matched the Earth’s water composition. Scientists analysed the molecules of water found in angrites as well as early Earth’s water and found that it came from similar sources. “It’s a fairly simple assumption to say that Earth’s water at least started accreting to Earth extremely early, before the planet was even fully formed,”  Adam Sarafian, a recent doctoral graduate in the Department of Earth, Atmospheric, and Planetary science at Massachusetts Institute of Technology said. These angrier meteors had formed 4.56 billion years ago in the Solar system. According to Sarafian’s team, the asteroid of angrites likely had about 20 per cent of the Earth’s current water content.

Read: Earth Is Spinning Faster Than It Has In Over 50 Years: Scientists

WE RECOMMEND
NASA shares image of how the great conjunction looked like from Moon; Have a look
NASA's Juno spacecraft uncovers Jupiter 'hot spot' mystery after 25 years
Astronomers discover unique 'cosmic superhighways' through Jupiter to Neptune
Harvard professor claims 'aliens' visited Earth in 2017, believes more is on its way
Solar system's largest Canyon is 10 times the size of the Grand Canyon, claims NASA