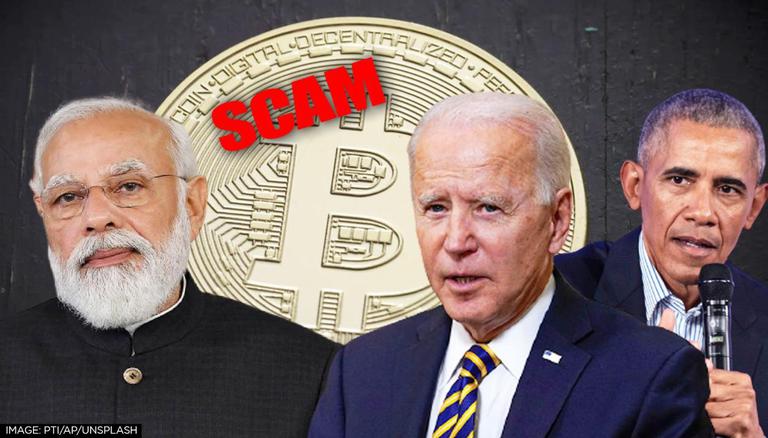 
In connection with the infamous cryptocurrency scam, Prime Minister Narendra Modi's Twitter profile was hacked in the early hours of Sunday raising concerns regarding the privacy breach of users. The news which was confirmed by the PMO on Twitter, later clarified that the Twitter handle of PM Modi was "briefly compromised" and the matter has been escalated to Twitter. "In the brief period that the account was compromised, any Tweet shared must be ignored", it added. 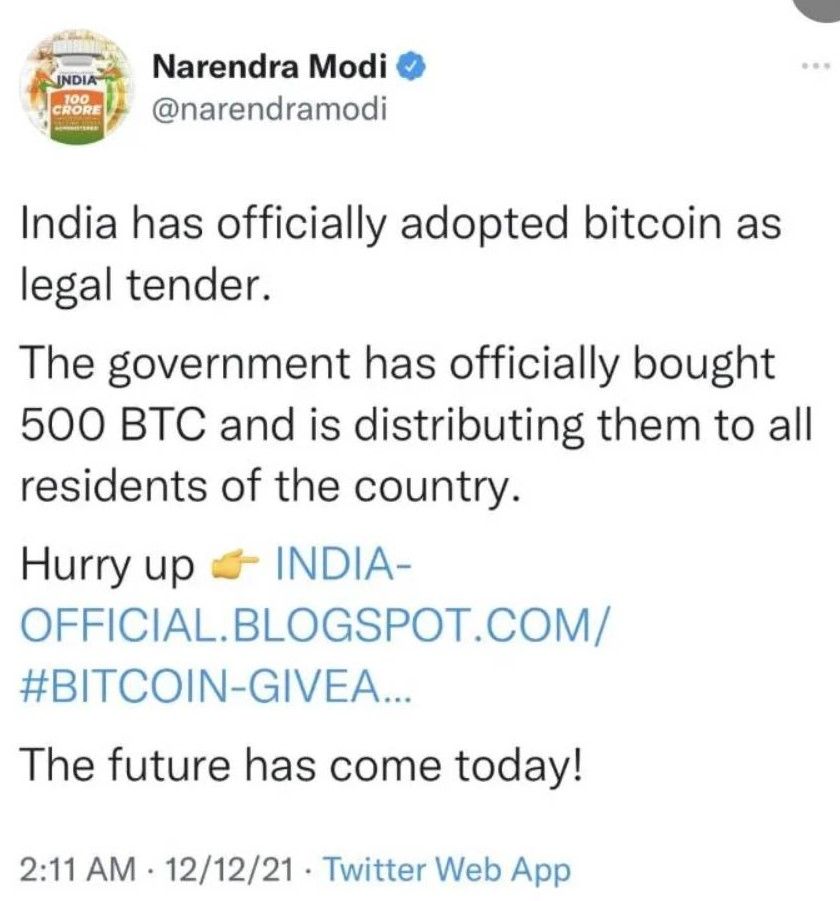 Well, this is not the first time when PM Modi's account has been hacked in connection to the Bitcoin scam. Earlier in September 2020, a similar kind of incident occurred where a tweet sent through his official handle on Twitter asked followers for donations for the COVID-19 relief fund using cryptocurrency.

Other than the Indian Prime Minister, several other global leaders and personalities were also not spared as their Twitter handles were hacked in the Bitcoin scam. Some of the high-profile accounts that were hacked included US President Joe Biden, former US President Barack Obama, Bill Gates, Tesla CEO Elon Musk, Amazon CEO Jeff Bezos followed by popular celebrities including Kim Kardashian and Kanye West among others.

Earlier in 2020, a major breach was pulled off by an 18-year-old hacker who not only infiltrated several high-profile Twitter accounts but also aimed to solicit Bitcoin transactions through their posts. Some of these personalities included politicians, global leaders, personalities, and tech giants.

The tweets that were carried out by the hacker offered to provide $2000 for every $1000 sent to the provided Bitcoin address in the fake tweet. Later, the fake tweets were taken down and a statement was issued by the social media giant of a security incident that has impacted the accounts on Twitter.

Meanwhile, the hacking of PM Modi's Twitter handle has also affected the cryptocurrency market, as they already feared.