This Time Something Has Shifted, We've Got Some Tailwind Behind Us: EAM Jaishankar On UN Reforms

External Affairs Minister S Jaishankar said there has been a "shift" on the issue of UN reforms among the international community. 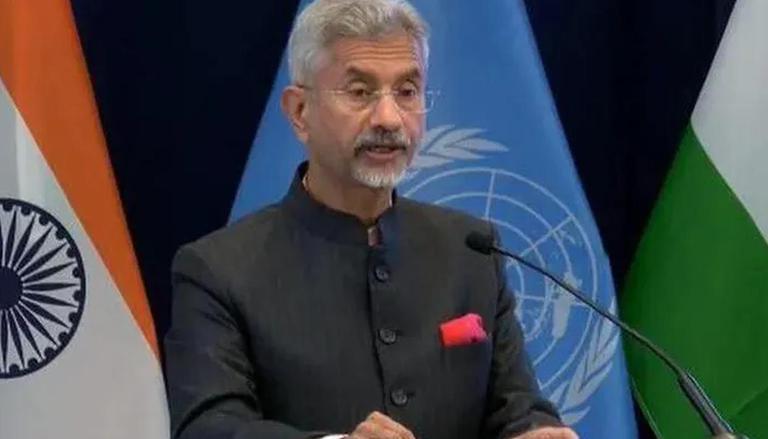 
External Affairs Minister S Jaishankar said there has been a "shift" on the issue of UN reforms among the international community.

"In respect of UN reform, every General Assembly (session) you revisit that issue, but this time something has shifted. You can see that, you can sense that," Jaishankar told reporters here Saturday as he wrapped up the New York leg of his visit to the US with his address to the UNGA high-level session.

Jaishankar said it is not that only he has sensed a shift on the issue of UN reforms. "I think everybody sensed a shift and it's something which others actually brought up with me".

He noted that this was articulated by US President Joe Biden, who had said in his address to the General Debate earlier this week that the United States supports increasing the number of both permanent and non-permanent representatives of the Council, including permanent seats for those nations Washington has long supported and permanent seats for countries in Africa, Latin America, and the Caribbean.

Jaishankar added that Russian Foreign Minister Sergey Lavrov "explicitly" mentioned India from the General Assembly podium, a number of countries also referred to India in their statements. President of the 77th session of the UN General Assembly Csaba Kőrösi also spoke fairly strongly and explicitly on the issue of UN reforms.

In his address to the General Assembly just an hour before Jaishankar's speech, Lavrov said that the UN and Security Council have to be aligned to contemporary realties.

He said Moscow sees the prospect of making the Security Council more democratic, exclusively, through broadening the representation of countries from Africa, Asia and Latin America. "We note India and Brazil in particular as key international actors and worthy candidates for permanent membership within the Council whilst at the same time unilaterally and mandatorily raising the profile of Africa," Lavrov said.

Jaishankar added that it is not usual in a General Assembly for presidents, prime ministers or foreign ministers of a country to refer to another country. "But you saw that on a number of occasions vis-a-vis us and to my mind", it had a relevance to the reform of the UN, reaffirmed that India mattered more and underlined the global South relevance that India has.

"We've got some tailwind behind us. Now we have to see what we can make of it. I think it's a welcome development. As someone who's been coming here for many years, I do believe that it's more than a subtle shift and I welcome it," he said.

He was asked a question on UNSC reform, the US position on it, India's position on the veto and whether it is separate from permanent membership.

Jaishankar said the starting point is the need to accept that there should be reform and then the need to develop a kind of practical path towards it. He added that it is not like people have fixed positions and final concepts. "Everybody has ideas, the ideas will go into a melting pot and then one has to see what comes out of it," he said adding that it will be very premature to comment either on India's own positions or other people's positions at this stage.

"But what is most important is that… a negotiation between countries has some practical, tangible basis to it or there is a text. It's incredible, that after so many years, there's actually no text. So how does the negotiation advance if there is no text and no progress and no stock taking and no 'end of the year where are we' kind of assessment," he said.

"In the absence of a text, it just goes round and round," he said. He noted that a lot of the discussions with other people was that if the inter-governmental negotiations process has to get serious, then "we must move it towards text-based negotiation and there's a growing appreciation of the need for that." In his address to the General Assembly, Jaishankar underlined that India believes that multipolarity, rebalancing, fair globalisation and reformed multilateralism cannot be kept in abeyance. He said the call for reformed multilateralism – with reforms of the Security Council at its core – enjoys considerable support among UN members.

"It does so because of the widespread recognition that the current architecture is anachronistic and ineffective. It is also perceived as deeply unfair, denying entire continents and regions a voice in a forum that deliberates their future," he said.

He emphasized that New Delhi's call is to allow serious negotiations on such a critical matter to proceed sincerely. "They must not be blocked by procedural tactics. Naysayers cannot hold the IGN process hostage in perpetuity."