As the questions continue to be raised over the origins of the COVID-19, the White House has issued a statement & said ,"The US does not have enough data". 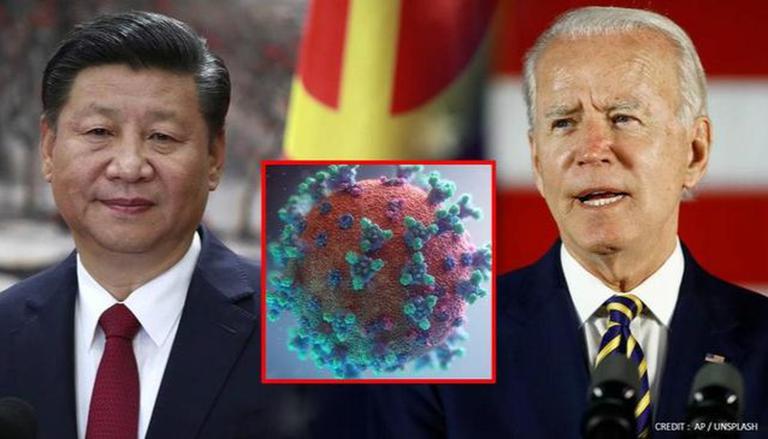 
As the questions continue to be raised over the origins of the COVID-19 pandemic, White House Press Secretary Jen Psaki has issued an official statement. While stating that there is a misunderstanding on how the process actually works, the White House Press Secretary said, "An international investigation led by the World Health Organization is something that we've actually been pressing for several months in coordination with a range of partners around the world."

While stating that the United States needs information from the Chinese government, Jen Psaki said, "What we can't do and what I could caution anyone doing is leaping ahead of an actual international process." She further added that the US does not have enough data and information to jump to a conclusion at this point in time.

The White House Press Secretary said, "I have to say, I think the family members of the loved ones whose lives have been lost and deserve accurate information data, not  jumping to a conclusion without having the information necessary to conclude where the origins are. What we do share, everyone in this country is a desire to know how this started, where it started, and prevent it from ever happening again. That's something we all share."

Republic Media Network has been leading the campaign #ChinaCOVIDTruth, with many experts from around the globe calling for a re-examination of the origin of the virus. Dr Ravindra Gupta, a Professor of Clinical Microbiology at the University of Cambridge and one of the 18 scientists who wrote an open letter in Science magazine asking the world community to have a relook at the COVID-19 origin. Speaking to Republic, Dr Ravindra Gupta had mentioned that existing research on the origin of COVID-19 was neither adequate nor transparent which prevents scientists from confidently drawing conclusions on the subject matter. American scholar and Chairman of Stockton Centre James Kraska also spoke to Republic & had elaborated on his research into the origins of the Coronavirus and extensive evidence documents on its birth in a laboratory in China.

Significantly, bringing back the focus on the origin of the SARS-CoV-2 (hereafter also referred to as SARS2), which has caused the ongoing Coronavirus pandemic and claimed over 3 million lives across the globe, noted British science writer Nicholas Wade has self-published papers re-igniting the discourse on whether the deadly virus was developed in a lab or whether it was naturally transmitted into humans from bats, as claimed thus far.

Speaking to Republic Media Network's Niranjan Narayanaswamy on Friday, Nicholas Wade explained both scenarios behind the emergence of the COVID-19 pandemic and made abundantly clear how there has been a rampant cover-up of various aspects. Through his papers, Wade has cited the precedent of the MERS epidemic in 2012 and the SARS1 in 2002. In both cases, as globally observed, decoding of the virus' genome showed that it belonged to a viral family known as beta-coronavirus which supported the idea that it was a natural virus. The two viruses which caused an epidemic also left copious traces in the environment - similar evidence for COVID-19 hasn't yet been brought to light.

READ | US general: As US scales back in Mideast, China may step in

"They (China) bought themselves a propaganda victory. It was a very hollow victory that was blown back on them because when WHO went to Beijing, they came back saying that lab escape is impossible. When you look at the actual evidence they brought back, expecting that they will bring back evidence of the natural emerging scenario, they were empty-handed. The Chinese authorities were unable to give them any evidence," Wade told Republic World.

The military document titled 'The Unnatural Origin of SARS and New Species of Man-Made Viruses as Genetic Bioweapons' has also spoken of the Chinese military's plans with regards to bioweapons. Further, the document claims that a bioweapon attack could cause the "enemy's medical system to collapse". There are references of work by US Air Force colonel Michael J. Ainscough who had predicted that World War 3 may be fought with bioweapons. Some of China's top public health figures have been listed in these documents among 18 other authors. Ten of the authors are scientists and weapons experts affiliated with the Air Force Medical ­University in Xi’an, according to the report by The Australian.