“Demand for medical oxygen has spiked and is now estimated to be 50 percent higher than at the same time in 2020, yet supply has not kept up,” the WHO said. 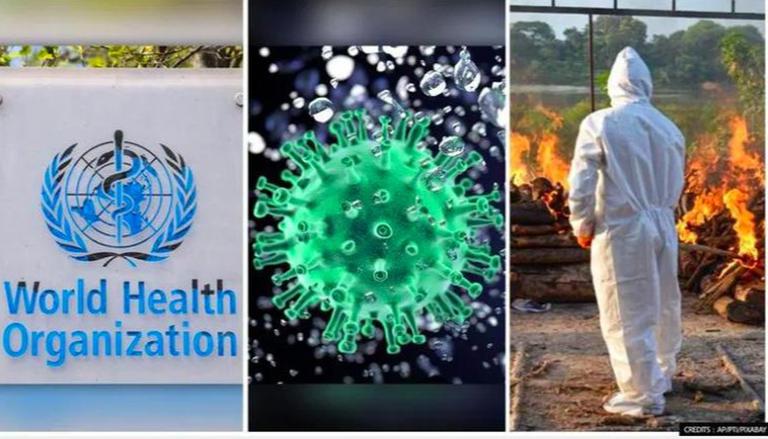 
World Health Organization’s (WHO) Director-General Tedros Adhanom Ghebreyesus has warned that the SARS-CoV-2 Delta variant is “wreaking havoc around the world” as the global fatalities from the disease surged 21 per cent over the past week. Africa has recorded a 43 per cent week-on-week rise in COVID-19 deaths, according to WHO. Countries need to strengthen preparedness and response capacities at the global level, the WHO chief said in a statement. Furthermore, the global health agency warned that if this trend continues, “the cumulative number of cases reported globally could exceed 200 million in the next two weeks.’'

“COVID-19 cases have risen for eight straight weeks, topping 6 million last week,” WHO said in an official release. It continued, “Over the past month, Africa recorded an additional 1 million cases. This is the shortest time it’s taken so far to add 1 million cases."

Earlier, it took around three months for the coronavirus cases to move from 4 million to 5 million cases. “This COVID-19 surge is the fastest the continent has seen,” said WHO.

Over 6.5 million confirmed #COVID19 cases on the African continent - with more than 5.7 million recoveries & 166,000 deaths cumulatively.

As per WHO, the surge in the COVID-19 cases is partly driven by public fatigue with the health safety measures, and also an increased spread of new variants worldwide. “Delta variant, which is currently the most transmissible of all variants, has been detected in 21 African countries, while the Alpha variant is in 35 countries and Beta in 30,” WHO informed, adding that the fatalities have jumped steeply for the past five weeks. Over the last few days, hospital admissions in around 10 countries have spiked, and in at least six countries there are acute shortages of intensive care unit (ICU) beds, and in some nations, people were now struggling with breathable gas’ availability.

“Demand for medical oxygen has spiked and is now estimated to be 50 percent higher than at the same time in 2020, yet supply has not kept up,” the WHO said.

Only 27% of total medical oxygen produced by worst-hit countries: WHO

An analysis found that in nearly six countries where the COVID-19 resurgence was noticeable, just 27 per cent of the medical oxygen of the total percentage requirement was being produced. Insufficient quantity, disrepair, or poor maintenance of production plants, as well as challenges in distribution, scarcity of cylinders, personnel or technical skills, are among the barriers to an adequate medical oxygen supply, according to the global health body. The resurgence of the COVID-19 also comes at a time when there are clearly inadequate vaccine supplies and wide vaccine disparities between the rich and the poorer nations.

“This is a clear warning sign that hospitals in the most impacted countries are reaching a breaking point,” said Dr Matshidiso Moeti, World Health Organization (WHO) Regional Director for Africa.

READ | WHO 'deeply committed' to stand with India; will save as many lives as we can: Tedros
READ | COVID-19 death toll crosses tragic 4 million milestone, says WHO Chief Tedros
Tags: WHO, COVID-19, COVID deaths
First Published: 29th July, 2021 09:23 IST