A replica of the Ugaritic alphabet, commonly regarded to be the first alphabet in history, dating back to roughly 1,400 BC, is on display at Dubai Expo 2020. 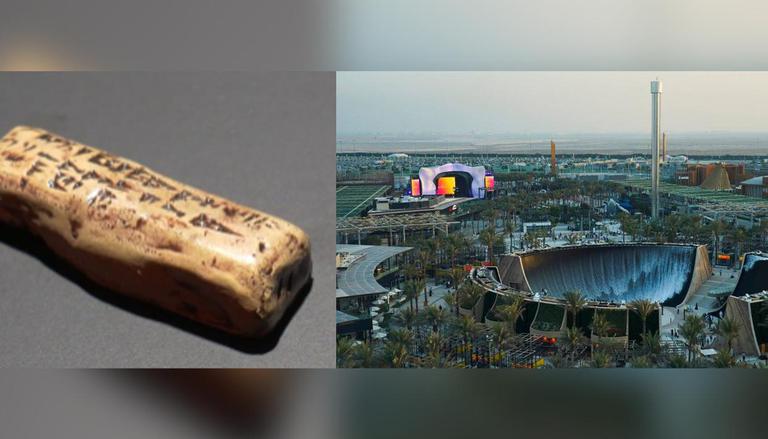 
A replica of the Ugaritic alphabet, commonly regarded to be the first alphabet in history, dating back to roughly 1,400 BC, is on display in the Syria Pavilion at Dubai Expo 2020. The pavilion will provide more information about the development of writing and the alphabet in various parts of Syria, as well as the alphabet's significance and influence on many other languages throughout the world. The event started on Friday, October 1 and will end on March 31, 2022.

The Syrian pavilion highlighted a thriving civilisation that helped lay the groundwork for today's world. Syria is considered to be the birthplace of the first crop yield, alphabet, poem and musical notation, making Syrian culture an exemplar of Expo 2020's theme of 'Connecting Minds, Creating the Future.' Visitors to the pavilion will learn more about words that originated in Arabic and are now used in different languages all around the world. Visitors will also be able to participate in an audiovisual interactive experience in which they can sing and perform mankind's oldest musical notation, which was penned in Ugarit over 3,500 years ago. The goal of this event is to communicate with guests through the global language of music.

Ugaritic is an extinct Semitic language that some consider being a dialect of Amorite, and hence the only known Amorite dialect preserved in writing. It is known via the Ugaritic manuscripts unearthed at Ugarit in 1929 by French archaeologists, which include numerous key literary texts, most notably the Baal cycle. Scholars of the Hebrew Bible have utilised it to clarify Biblical Hebrew passages and to demonstrate how ancient Israel's and Judah's cultures intersected with adjacent cultures. Ugaritic language has been dubbed as the greatest literary find from antiquity since the deciphering of Egyptian hieroglyphs and Mesopotamian cuneiform.

The Ugaritic writing system is a cuneiform abjad (consonantal alphabet) that was discovered in Ugarit (now Ras Al Shamra), Syria, in 1928. It was used for Ugaritic, an extinct Northwest Semitic language, from roughly the fifteenth century BCE or 1300 BCE. It consists of 30 letters. Other languages were written in the Ugaritic script on rare occasions. The script was written in a right-to-left direction. Its symbols were unrelated to those of Akkadian cuneiform, despite being cuneiform and pressed into clay.